What Owners of Pit Bulls Are Tired of Hearing 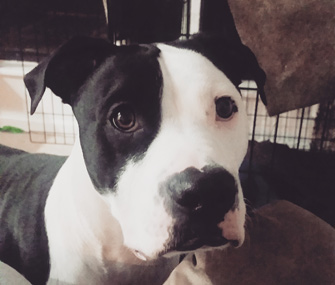 Carly Baughman via Facebook
Max the Pit Bull seems like a total sweetheart. He loves cheese, dental treats and snoozing with his owners.

Many people feel Pit Bulls have a reputation they don’t deserve. Unfortunately for their owners, people often aren’t shy about voicing their negative opinions about the dogs. One common stereotype is that Pit Bulls are aggressive attack dogs who will bite for no reason. And breed-specific legislation and headlines about dog-fighting rings only add fuel to the fire.

Since we know that Pit Bulls can be wonderful family companions, we decided to let our Facebook fans vent their frustrations about what they’re tired of hearing about these dogs. Here’s what they had to say.


No, He's Not Dangerous

Many of our readers said they are tired of being asked if their Pit Bull bites or is dangerous. Facebook fan Margaret White has heard that her Pit Bull “might be nice now, but when he’s older, he’s going to snap.” Similarly, Carly Baughman has been asked what her Pittie will turn into, to which she says, “Turn into? Like Mr. Hyde? I know who my Max is. He's my rambunctious young boy who loves cheese and his dental treats, who farts shamelessly, is overjoyed to meet anyone, loves... walks and loves to sleep with us to be close.” And when Steve Howard is told that his Pittie looks scary, he says: “Um, the loose tongue and wagging tail say otherwise.” 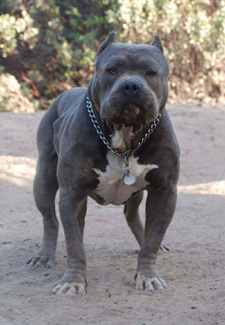 Kodi Leigh Osborne via Facebook
Many people refuse to pet Henry because of the way he looks.

It’s Not Just Their Words, It’s Their Looks

People don’t have to say rude or mean things out loud to show their prejudices toward Pit Bulls. A person’s body language or behavior can say a lot, too. As Lexi Bradshaw says, “It's sometimes not even what they say, but the looks that are given.”

Furthermore, some people won’t even pet Kodi Leigh Osborne’s Pit Bull, Henry, because of the way he looks. “They look at me like I own a blood-thirsty beast,” she wrote on our Facebook wall. “I always have to tell people that he loves everyone and does not bite.” Similarly, Jessica Lee Hankins responded that dog owners often avoid her Pit Bull when they’re walking their dogs and if the other owner’s dog starts barking, “They look at me like my dog bit their pup, when he didn’t even bark at all!”


Many Facebook fans who don’t own Pit Bulls also responded to our question and said they're tired of the discrimination against Bully breeds. Luna Warren, who has never owned a Pit Bull, wrote: “I'm honestly tired of people saying that being dangerous or vicious is in the Bully's DNA. That's so not true!” Ashley Jordanides is also fed up with the way Pit Bulls are treated. “I don't have a Pit Bull, but it makes me furious hearing how people think of Pit Bulls. A dog is a dog in my opinion,” she says. “Pits need to stop getting the blame. It's 2016, we should be more educated by now.”

Pit Bulls deserve to be treated just like any other dog. So next time you see one, treat him like you would any other dog breed. And remember that most dogs you see out and about are probably trained and socialized and friendly, but a dog of any breed could be shy or fearful or could show signs of aggression, so always make sure to ask the owner before you approach and pet his dog.But if you start with a smile and tell the owner how cute his dog is, who knows? You might make a new four-legged — and human — friend.