What Pet Owners Need to Know About Animal Law 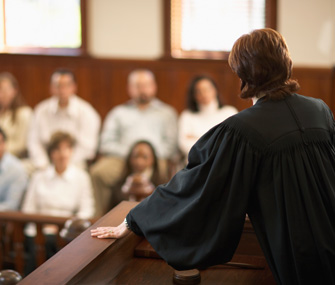 As a child, I used to hear my parents talk about “the dogcatcher” and how if people let their pets roam loose, those pets would be captured and held by this mystery person. Who knew if these pets would ever be heard from again? As a veterinarian, I have worked with many “dogcatchers” (now referred to as animal control officers) since I have owned practices that worked under contract with municipalities to assist them in that role. Of course, nowadays what dogcatchers do is round up lost and abandoned animals, see to it that injured ones receive medical treatment and simultaneously enforce the rabies vaccination laws that protect humans.

In this way, animals have long been subject to legislation, law enforcement and judicial decisions. In fact, during the last decade, the landscape of animal law has expanded dramatically as the importance of domestic animals has increased.

The legal profession, much like the medical profession, has a number of areas of practice specialization, including areas such as divorce, estate planning, personal injury, corporate law and so on. Incredible as it may seem, critters have managed to work their way into virtually every legal area. As a society, we have moved well past the day when the only legal problem pets were likely to cause was when the dogcatcher issued an owner a ticket for failing to have a dog licensed. Today, however, animal law has impacted many fields of legal specialization. Let’s take a look at a few.

Readers may remember that the infamous Leona Helmsley (widow of New York real estate magnate Harry Helmsley) left a fortune to her pet dog when she passed away a few years ago. In a bitterly contested will, her human relatives were shocked to find that the bequest was legally enforceable and that the courts of New York would indeed hold a very large (though reduced) portion of Mrs. Helmsley’s estate in trust for her beloved pet.

Dogs and cats are now the specific subjects of prenuptial contracts throughout the U.S. They also are frequently the most contested property to be negotiated during separation and divorce agreements. As with human children, dogs, cats, parrots, monkeys and many other pets are the object of fiery disagreement between couples headed for a breakup. Of course, neither kids nor pets can be split into pieces and distributed between the disagreeing parties to a divorce. Therefore, judges are being presented with, and many are approving, shared animal custody or visitation rights for husbands and wives, domestic partners and even roommates when they are faced with pet custody disputes.