This week Vetstreet is attending the Western Veterinary Conference in Las Vegas. In the coming weeks and months, we will be covering some of the new breakthroughs and treatments for keeping your pet healthy that were reported at the conference. In the meantime, here is just a snapshot of some of what we've learned. 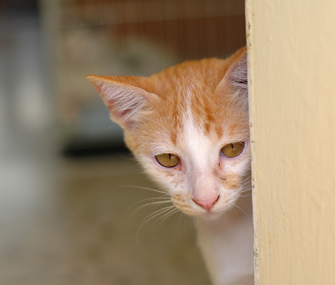 Cats Behaving Normally: Often the focus for pet owners and veterinarians is on problem cat behavior, but understanding how cats behave normally is the real key to a successful relationship with them, says Dr. Sarah Heath, a veterinary behaviorist and an honorary lecturer in Behavioral Medicine within the faculty of Veterinary Science at the University of Liverpool. Problems begin when people misinterpret a cat’s natural actions. In the first of a four-part workshop, Dr. Sarah Heath explained aspects of normal cat behavior and gave examples of olfactory, visual, vocal and tactile communication by cats. “If we can understand how they’re trying to communicate and what they’re trying to say, we can establish better relationships,” she says.

One of the examples Dr. Heath gave is that for humans, touch is an essential and desirable part of a relationship. For cats, not so much. Cats can sometimes find a human’s hands on them to be confining and threatening, but when they retreat from touch, people think cats are unhappy in the relationship. Not so, said Dr. Heath. They simply show their devotion in other ways. She recommends waiting for an invitation for contact in the form of a social roll, with the cat on his side in a relaxed manner. Just don’t take it as an invitation to roll him on his back and tickle his tummy. 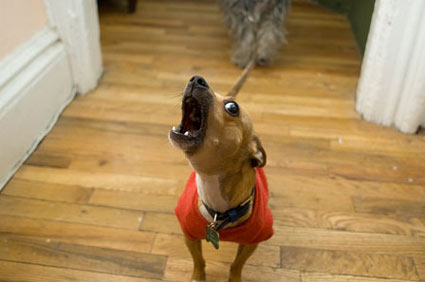 Sure Way to Identify a Dog with Separation Anxiety: Advances in technology are making it easier for pet owners to record the actions of their home-alone dogs. Set up a camera to videotape your dog when you leave home so you can see what actually happens. You don’t need a marathon recording session because most examples of true separation anxiety occur within the first 30 minutes of an owner’s departure, reported Dr. Debra Horwitz, a veterinary behaviorist from St. Louis. Savvy Advice for Senior Dogs: Old age in dogs is a stage of life – not a disease. Dr. Julia Tomlinson, a veterinarian specializing in rehabilitation of senior dogs in Minnesota, recommended fitting older dogs who can’t gain traction on hard wooden and tile floors with doggy booties such as Power Paws. Improve your dog’s flexibility by holding a treat by his back hip to force him to move his head and curve his spine to reach the treat.

Ticks Take Over: The diversity or ticks and their distribution means there are probably more ticks in North America than ever before. In a session on canine vector-borne diseases, parasitologist Dr. Susan Little from Oklahoma State University noted that a single female can lay 7,500 to 8,000 eggs. Her advice: begin applying acaricides to dogs one to three months before prime tick season. “If you are seeing ticks on your dog, it’s too late.”

Genetic Disease in Pets: There’s more to genetics than diagnosing disease in pets. A 4-hour-hour workshop presented by Dr. Jerold Bell of Tufts University covered the veterinarian’s role in identifying genetic disorders, counseling pet owners who want to breed their animals and advising people who are buying puppies and kittens. For clients wishing to breed their animals, Dr. Bell says genetic testing should be performed before breeding, whether they are purebred, designer breeds or mixed breeds. The Orthopedic Foundation for Animals and the Canine Health Information Center are good resources for learning which health tests are required or recommended for specific breeds.

Dogs and Incontinence: Need another reason to carefully time the spay of your young dog? Studies confirm that puppies spayed before they are 3 months of age, or after the dog has had her first estrus (heat cycle), have an increased risk for developing incontinence by 20 percent, reports Dr. Julie Bryon, DVM, DACVIM, from Ohio State University, at her presentation on canine urinary incontinence. 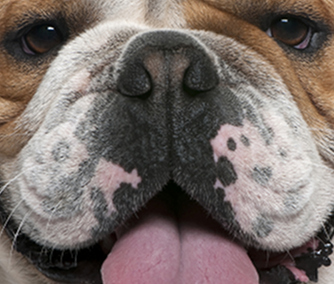 GI Disorders and Brachycephalic Breeds: Flat-faced dogs like Pugs and Bulldogs are at risk for gastrointestinal disorders because of their conformation. Dr. David Twedt, DVM, an internal medicine specialist at Colorado State University, notes: “Brachycephalic breeds have a high incidence of developing gastric esophageal reflux because of their upper airway obstruction.” Common Causes for Litterbox Issues: To people, it's a stinky problem, but to cats, it's an important method of communication. Cats spray urine in response to environmental changes, fear, anxiety or social conflicts with other animals — including cats — or people. A new member of the household, whether a baby, spouse or other animal, can trigger the need to spray urine, which helps the cat to feel more comfortable in a different or uncomfortable situation, reports Dr. Debra Horwitz, DVM, DACVB, a veterinary behaviorist from St. Louis. Owners can reduce urine marking by 50 percent by taking these actions: scooping the litter daily and providing one litterbox per cat plus one in the home.

Parasites Don’t Respect State Boundaries: If you live in a cold-climate state, don’t be lulled into a false sense of security when it comes to protecting your indoor cat from heartworms, fleas, ticks and other parasites. “Unless your pet lives alone in a biosphere in Nevada, they need year-round protection against parasites,” says Dr. Michael Lappin, DVM, Ph.D., a professor at Colorado State University. He also points out that 40 percent of cats with evidence of fleas or flea dirt are likely to also have Bartonella bacteria, also known as cat scratch disease. 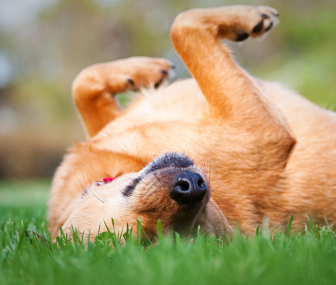 Allergies and Atopy: Grass pollens, house dust mites and mildew headline the list of allergens that cause atopy, a common skin disease of dogs, but new research suggests that the symptoms worsen when dogs eat certain foods that react with these allergens. In a four-part dermatology workshop, Dr. Alice Jeromin, a pharmacist and veterinary dermatologist from Cleveland, pointed out a new study underway at North Carolina State. Alopecia and the Sun: In other skin-related news, it turns out that a lack of vitamin D from the sun during the dark, cold winter months can also contribute to flank alopecia in dogs. Dogs need the natural sunshine to grow back healthy hair follicles. Dr. Jeromin’s advice: Bundle up and treat your dog to 10 to 15 minutes of sunshine this winter whenever possible. And, not to overlook cats with skin problems, be sure to take them to the vet as well. She noted that orange-colored cats are inexplicably at a greater risk for developing atopy than other felines.

Toxins and Your Pet: Learning your (toxic) ABCs was the focus of a four-hour workshop presented by Dr. Patricia Talcott from Washington State University, coauthor of the reference book Small Animal Toxicology. She covered the gamut of poisons far too available to dogs, including over-the-counter human pain medications and anti-coagulant rodenticides. She also noted a troubling rash of new cases being treated at WSU: dogs being intentionally poisoned after eating sausage and hamburger meat laced with rat bait.