Home ›
Our Pet Experts ›
Dr. Ann Hohenhaus ›
How the Joint Study of Human and Animal Health Is Saving Lives 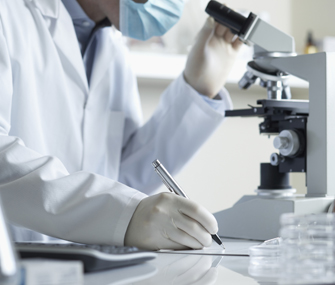 A recent article published inThe New York Times on the One Health Concept speaks volumes about the importance of this novel approach to medicine.

The feature, “Our Animal Natures," is excerpted from a new book, Zoobiquity: What Animals Can Teach Us About Health and the Science of Healing, by Barbara Natterson-Horowitz and Kathryn Bowers.

Why the One Health Concept Is So Important

According to the American Veterinary Medical Association, One Health is the integrative effort of multiple disciplines working locally, nationally and globally to attain optimal health for people, animals and the environment — and this article brilliantly educates the public on the principle.

Veterinarians are schooled on the One Health Concept of medicine from the moment their professional training begins. As a practicing veterinarian, I depend on my collaborations with human physicians on a daily basis to provide the best possible care for my animal patients.

One Health Initiatives That Have Already Made a Difference

Oncologists — both veterinary and human — are currently studying dogs who have cancer with the hope of conquering the disease in both species. Since dogs within a given breed are genetically very similar, the canine genome is a vital tool for the study of cancers that are common in people and dogs.

Using a One Health methodology, recent studies of dogs with osteosarcoma and lymphoma have helped to identify potential genetic targets for further study in humans with the same tumors.

The predisposition of purebred dogs to the development of certain cancers, coupled with the compressed life span of dogs compared to humans, allows researchers to rapidly identify potential genetic abnormalities as research targets in human cancers.

Another One Health effort centers on the recent multistate outbreak of salmonella in humans stemming from a Salmonella infantis contamination of dog and cat foods.

Epidemiologists uncovered the outbreak by identifying increased numbers of Salmonella infantis cases in a national foodborne illness database. Once it was discovered that pet food was the source of the infection, the foods were recalled to protect the health of the entire family — humans and pets included.