What’s for Dinner? Let’s Take Animal Suffering Off the Menu

Editor’s note: Dr. Bernard Rollin is the founder of veterinary ethics and is a world-renowned scholar in animal rights. He has testified before Congress and is a principal architect behind multiple animal welfare legislative initiatives. A frequent lecturer, he is also the author of numerous books, including the groundbreaking Animal Rights and Human Morality. His most recent book, Putting Descartes Before the Horse, is both a memoir and a wide-ranging discussion of ethical issues like the one he focuses on here in his first column for Vetstreet: Why has factory farming replaced common-sense animal husbandry? 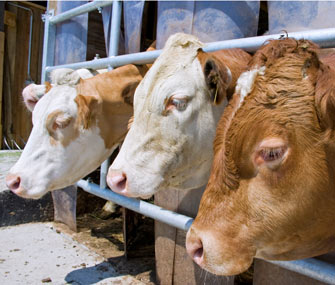 During my youth, in the 1950s and ’60s, no one thought much about where food came from. And as late as the mid-1990s, the majority of Americans were content to believe that plant and animal foodstuffs came from stereotypical mixed small family farms of the sort depicted in Disney movies. Some people, in fact, aggressively disavowed any interest in the sources of food. My wife, for example, steadfastly ignored any relationship between foods of animal origin and the animals from which they came. (She regularly drew distinctions between cows and milk — the latter coming from supermarkets, while the former were animals.)

Over the past decade, things have changed dramatically. Thanks in part to feature films like Food Inc. and Behind Closed Doors, numerous television documentaries, legislative efforts directed by the humane movement against some of the worst practices of factory farming, undercover videos that have circulated to millions on the Internet and extensive press coverage, a large portion of the public now realizes that "Old MacDonald's Farm" has increasingly become "Old MacDonald's Factory."