Home ›
Our Pet Experts ›
Dr. Ernie Ward ›
When My Childhood Dog Was Shot, I Knew I Wanted to Become a Veterinarian

When My Childhood Dog Was Shot, I Knew I Wanted to Become a Veterinarian 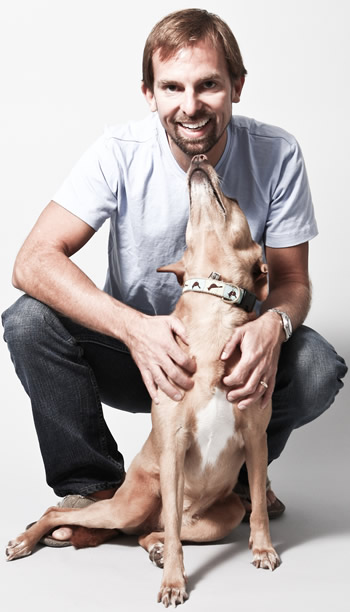 I was 9 years old when I watched my dog die in my arms, plain and simple. In that moment, I decided to dedicate my life and talents to helping animals. I think you should know this before you commit to following my musings here on Vetstreet. It’s also not that plain or simple.

For me, becoming a veterinarian wasn’t so much a career choice as a genetic trait. My mother and father both grew up on poor, rural farms in southern Alabama and Georgia. Both of them had it hard, 1930s Depression era hard — except that the tough times lasted their entire lives.

They both committed to graduating from high school and attending college, a feat yet to be accomplished in either of their families then. My mother worked hard in school and got a scholarship. My dad entered the Army, took a detour to Korea and then let Uncle Sam pay for his college degree. They met, made babies and raised a family in the middle of the Georgia woods.

When I was growing up, my best friends were a menagerie of mutts, yard cats, chickens, rabbits, ducks and my imagination. Television was a no-no; chores and schoolwork were my priorities. My days were filled roaming with my dogs along abandoned Civil War railways and ancient logging routes. The only limit to my adventures: running out of sunlight. When I was in the fourth grade, I made a promise to my parents that I’d become a doctor if they bought me the four-volume Encyclopedia of Medical Facts. No joke.

The first dogs I called my own, Missy and Taco, were a couple of foundlings I discovered beneath a deserted shed when I was barely 6 years old. Missy was a sassy mixed breed and her brother, Taco, was a bigger and bolder dog, a fact that would become important later.

Fast forward a couple of years and you’d discover a picture of us ripped straight out of a Norman Rockwell painting — only ours was dipped in frying grease and had a Southern drawl. The three of us were inseparable, and we shared countless hours learning about the natural world. I could spot a snake at 50 yards (and catch most of them), identify edible plants and roots (trial and error was rough), and tread silently in order to sneak up on a tiny, sleeping screech owl. Each of these invaluable life lessons was accompanied by my two best friends. And, for that, I’m eternally thankful.

One of the problems with growing up in a rural setting is that the concept of property lines and fences is a bit blurry. We had fences that were great at keeping horses, goats and cows confined, but they did little to restrict dogs and cats. As I mentioned earlier, Taco was the bold one. Taco liked to roam, which lead to mischief — as in killing a neighbor’s chickens. And killing chickens got him shot with a 12-gauge shotgun. 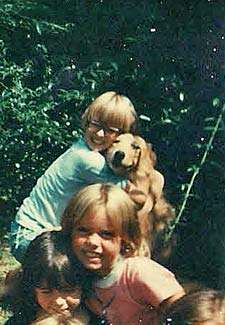 Ward with his childhood buddy, Taco.

It was well past my bedtime when I heard the commotion from the far end of the house. Visitors at any hour were rare, but they were unheard of in the middle of the night. I saw my mother staring out the window at my dad, who was walking back to the house with something in his arms. I bolted out the door, somehow knowing what he was carrying.

Half of his right side was gone. He was managing a few feeble gasps, and I thought he looked up at me when I took him from my dad. We collapsed into a heap on the gravel. I didn’t cry. I knew it was too late. I told Taco that I was sorry, that I loved him very much. I laid my head on him, and felt the warmth leave his body.

It was then that I knew what I’d do for the rest of my life. It wasn’t a choice, but a revelation. It just was. And it has been ever since.

From that moment on, all I’ve known is caring for animals, specifically dogs, cats and other critters. My life has been one of deep dedication to these wonderful creatures whom we’re blessed to learn from and live with.

What I hope to do with this column is give pet owners the best information on natural approaches to healthier living, including whole food diets and home-prepared meals, green and ecofriendly living practices, and all those thorny issues that come with living an environmentally sensitive life with pets.

In addition to my day job, I’m also a personal trainer, coach and triathlete. In short, you can count on me to give you a “contemporary veterinary” perspective on all things pets. By contemporary, I mean a blend of the best Western and Eastern medical practices, combined with a heaping dose of clean living common sense. To me, it isn’t so much “living with pets” as it is “living.” I can’t imagine a life without a warm, snuggly something.

After losing Taco, I knew what I had to do. That’s why I’m honored to be a veterinarian. It’s not something I do; it’s who I am.

Dr. Ernie Ward is the founder and chief-of-staff at Seaside Animal Care in Calabash, N.C. In 2005, Dr. Ward also founded the Association for Pet Obesity Prevention. He has contributed to more than 55 veterinary journals and has published three books, including Chow Hounds. He shares his home with his wife; two daughters; his beach mutt, Sandy; and two feisty cats, Freddie and Itty Bitty Kitty.