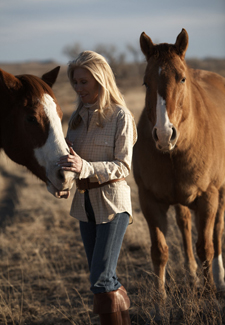 Madeline Pickens is on a mission to save the country's wild mustangs.

Some members of the one percent may live up to their reputation, dropping cash on frivolities like mink coats. But others are more likely to save furry creatures instead. In fact, an elite few of the country’s wealthiest animal lovers are doing more than just writing big checks and attending fashionable charity functions. They’re using their almost unlimited resources on a grand scale to help protect the animals they adore — like these four generous givers to critter kind.

There's been a lot of buzz lately about Madeleine Pickens, wife of billionaire oil tycoon T. Boone Pickens. Rather than spend her days eating bonbons, the philanthropist has established a Saving America’s Mustangs campaign to protect some 30,000 wild horses that currently roam the United States. Pickens, who has experienced push back from ranchers, also plans to establish a mustang eco-sanctuary in northern Nevada.

Pickens’ love of animals — she and her husband have three dogs, including her beloved Dachshund Tommy — harks back to childhood. “We had dogs growing up, and when I got sent away to boarding school, I missed them terribly,” she says. “I think of animals as a gift to us.”

After Katrina, Pickens headed to Baton Rouge with six leased airliners and rescued about 800 cats and dogs. “Those were some of the most meaningful days of my life," she says. "I figured out that I wanted to spend my resources and my life improving the treatment of animals. It touched me and it changed my life.”

It was also around this time that she learned about wild horses who, as a result of loopholes in protection laws, are systematically rounded up and killed. So Pickens launched her mustang rescue efforts, which have already saved many horses. As she humbly admits, “Selfishly, it’s wonderful for me to be around them and to free them.”

David “Dave” Duffield’s affection for animals began long before the money rolled in. According to daughter Amy Zeifang, board chairman for his Maddie’s Fund foundation, her father’s love for dogs was sealed when a Miniature Schnauzer named Maddie arrived on the scene just as he was struggling to start PeopleSoft. "Maddie was the lighthouse during the stormy period," Duffield has said.

As a result, he and his wife, Cherly, promised that, if they ever had ample money, they'd give back to dogs everywhere. And they certainly made good on that promise.

Since 1999, Maddie's Fund has awarded $106 million in grants to animal welfare organizations and animal hospitals. “It’s the largest pet foundation in the U.S. dedicated to saving dog's and cat's lives,” explains Zeifang. “Last year, our funded projects found new homes for 76,453 dogs and cats, performed 30,331 spay and neuter surgeries, and reduced euthanasia by a total of 44,081 deaths. Maddie’s Fund was a major factor in reducing shelter deaths by 10 percent nationwide last year.”

A Surgeon With a Novel Approach to Neutering 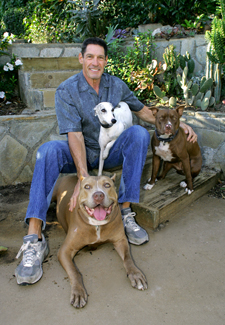 Courtesy of Found Animals Foundation
Dr. Gary Karlin Michelson with some of his dogs.

Dr. Gary Karlin Michelson, M.D., has also dedicated a sizable sum (and chunk of time) to saving cats and dogs, but he’s gone about it from a decidedly different angle.

Leave it to a prolific surgical inventor and leading orthopedic spinal surgeon to approach animal welfare from the standpoint of scientific innovation. His Found Animals Foundation not only promotes pet adoption with myriad events, but it has also awarded more than $1.5 million in grants to help pay for spays and neuters and microchipping.

The foundation has also established a $25 million Michelson Prize for anyone who can invent a single-dose, nonsurgical approach to sterilization that’s safe and effective for cats and dogs. And the good doctor has allotted an additional $50 million toward international grants in pursuit of the solution.

Of course, wild horses and domestic animals aren’t the only animals in peril. Just ask Jon Lloyd Stryker, a billionaire stockholder in his family’s medical supply company and founder of the global Arcus Foundation for "Great Ape Conservation."

The organization strives to protect gorilla, chimpanzee, orangutan, bonobo and gibbon habitats through its "Great Apes in the Wild” initiatives, as well as creates and regulates sanctuaries for threatened apes and works to stop medical testing and exploitation for entertainment purposes.

In 2010 alone, the Arcus Foundation distributed more than $8 million in grants for work in regions like Virunga Massif in Central Africa, where a critically endangered population of mountain gorillas has reportedly grown by 26.3 percent.

So what would propel these wealthy individuals, who have the freedom to pursue whatever dreams they please, toward helping four-legged friends? Let’s just call it animal instinct.

Would you help animals if you suddenly came into big bucks? Tell us in the comments below how your would make the world a better place for pets, endangered species and more.