Home ›
Our Pet Experts ›
Linda Lombardi ›
Where the Wild Ones Are: A Q&A With "Wild Ones" Author Jon Mooallem

Where the Wild Ones Are: A Q&A With "Wild Ones" Author Jon Mooallem 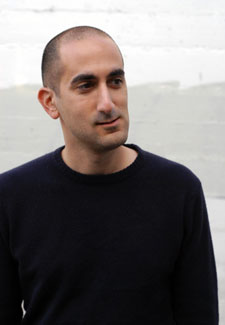 Q. You write about other people interacting with animals, but never about yourself interacting with animals. What's your personal background? A. I have almost no relevant animal experience, which I think is probably the most relevant experience to have written this book. I grew up in New Jersey. I didn't go camping. In the 1980s there were not even a lot of deer around in the town — really nothing. Sometimes we saw some ducks.

But what I did do was I watched a lot of animal TV — I watched Wild America with my dad, later on in my twenties I watched Planet Earth — all that David Attenborough stuff, I just ate it up.

That was why I wanted to write this book, because I felt like I was writing from a very different perspective from most people who write about wildlife. I'm not Barry Lopez, I'm not Jane Goodall. I don't have stories of camping on the tundra by myself and having some kind of a mystical interaction with a wolf.

Q. So you were one of those people — for you, wildlife was "out there."

A. Yeah. It was something you could argue about — you could say "I love bears," and really have no reason to say that other than you like the idea that there are bears out there.

Q. I feel like one of the messages of your book is that people are deeply confused about our relationship with animals. People's impulses are so noble, but ...

A. Yeah, there's a sort of dark comedy to the book, I think — a lot of good intentions that go wrong or that compete with each other. I tell the story in the book about this butterfly that lives on one piece of land in California, and it was nearly driven extinct in one weekend by people who marched out across the landscape because they wanted to get near the river to look at a whale that had swum up the river and got lost.

Wayne Newton wanted to do a benefit concert to raise money to help turn the whale around. There were dozens and dozens of boats out there and all this outpouring of love for the whale, and all these people who ran out there to get a look at it and buy T-shirts that are being sold — that was really a devastating thing for this entire species of butterfly.

Not to sound insensitive, but I think that's pretty hilarious, but I also think it's pretty moving... We don't have the godlike power that we think we do — or at least maybe we have it, but we can't use it that effectively... It's a bit of a comedown, but it's also kind of liberating. I kind of like the mess. I like that there's this big kind of scrum, and we're just in there swinging and missing a lot, but we're still in there swinging.

Q. Your title says the book is ultimately reassuring, but in the epilogue you say you're not very optimistic about the future of wildlife. So you're reassured that we're still in there swinging?

A. I think it's helpful to remind people that reassurance is different than hope or even optimism. I think that there is a kind of comfort from seeing how involved people are, just how beautiful it is that people can be as idealistic as they are, and as devoted as they are, even when they're not sure it's going to work out.

Animals All Around Us

Q. You got the idea for your book when you saw your daughter surrounded with animals, but it's not just kids. Adults are surrounded by stuff like cat photos on the Internet. But are we really more obsessed with animals now than we used to be?

A. That's a great question. I think we've always been obsessed with animals. The first cave paintings were of animals, right? They've always had this kind of psychic weight. It's easy to forget we're a species that lives on a planet surrounded by other animals. It's just the simple truth, and we've done a good job insulating ourselves from that truth in the last 150 years or so.

There's an argument to be made that we're sort of overcompensating now: I'm going to procrastinate in my cubicle by looking at Internet memes about cats or watching a video of a hippo farting, in the same way that I might want to look out the window at a bunch of trees. There's an urge to get some of that nature back in your life. No matter what's happening with the actual animals, we do seem to have some urge to check in with them. I don't know if we're more obsessed or less obsessed, but the obsession is morphing into different things as time goes on.

Q. Last question: This book started with your daughter. You've never had a pet. When inevitably your daughter asks for a puppy, what are you going to say?

A. Oh, man, I would love a puppy. I would say yes. We're already sort of talking about it, but unfortunately we rent an apartment where that's not going to be possible. So I don't know. But yeah, I'm all for puppies.