Two baby moose arrived at England's ZSL Whipsnade Zoo on May 21. The long-legged twins are named Toffee and Caramel for the color of their coats (or is it because they're so scrumptiously adorable?).

They're the second and third offspring for mom Mini (shown in the pictures below) and proud dad Melker, who welcomed their first calf, Chocolate, last year. 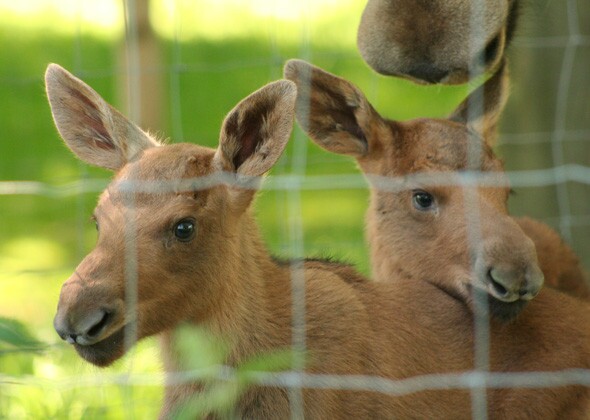 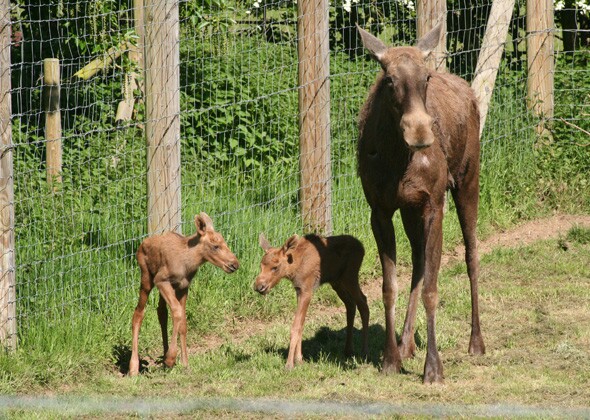 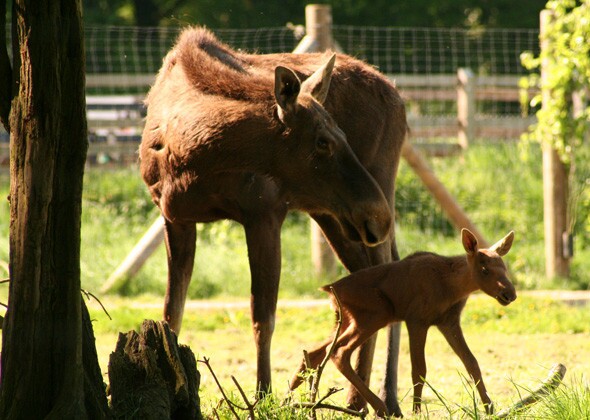 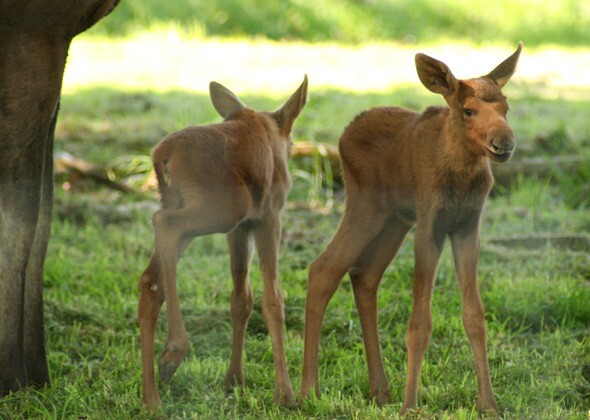 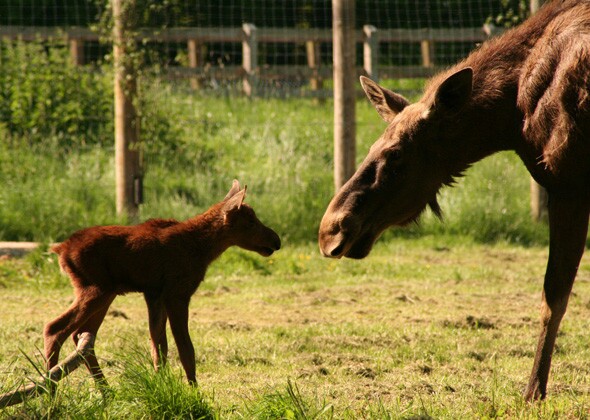 The European moose is by far the largest of the deer species, the zoo says. They can gallop at speeds up to 37 mph and are excellent swimmers. These little twins haven't had those adventures yet, but they're getting there!

“They are beginning to explore their paddock, nibbling on leaves," says Cliff Tack, a section director at the zoo. "But over the coming months they will become much more independent and adventurous.”