Why This Vet Hates Ear Hematomas 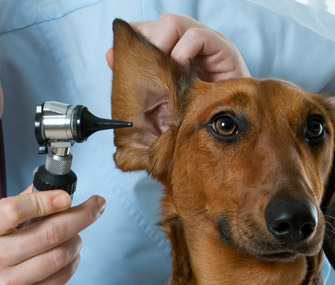 There are plenty of more dramatic diseases, with far more odious consequences, but somehow the lowly ear hematoma has a way of annoying me like few other disorders do.

If your pet has had one — or many, as mine have over the years — you’ll probably agree that the bulbous earflap phenomenon known as the aural hematoma ranks among the most obnoxious conditions in veterinary medicine.

For the sake of the uninitiated among you, let me explain: In these cases, the space between the cartilage of the ear and the overlying skin separates to accommodate blood from a ruptured vessel.

In some pets, it can look as innocuous as a small bubble on the tip of the earflap (called the “pinna”), but it can also reach near-balloon proportions, engulfing the entire pinna, scaring the bejeezus out of the pet’s owner in the process.

Ear hematomas are common. Dogs get them, especially those with floppy ears. Cats also get them, although less frequently. Even people get them — albeit rarely, thanks to our flat-against-our-skulls earflaps.

Most of the time, aural hematomas are considered a traumatic injury. The ear gets a vigorous shake, and pop goes the vessel. (Often, this repetitive head shaking and ear flapping is the result of an ear infection or allergic skin disease.) It can also happen when a pet inadvertently smacks an ear against a hard surface, such as a wall or a coffee table.

But there are other causes, too. Less often, an ear hematoma can occur as a result of a blood clotting disorder. In these cases, failure to clot normally means that even an everyday whack to the ear can lead to a pendulous pinna.

Why I Hate Them

OK, so we’ve concluded that these hematomas are shockingly unsightly. And while not painful per se, a heavy ear is highly annoying to the afflicted pet. Nonetheless, you may be wondering why I detest them so much. After all, it’s just a big bruise. It should heal, right?

If left untreated, earhematomas take a reasonably long time to resolve — and the larger that they are, the longer it takes. This is because of the relatively large volumes of blood involved and the constant movement of the ear, especially in dogs with large, floppy ears.

What’s more, when left to their own devices — aural hematomas can heal by themselves — the ear reabsorbs the blood in a way that’s unevenly accomplished, causing what’s usually referred to as “cauliflower ear.” Doesn’t sound pretty, does it?

This is why many pet owners elect to have the ear treated by a veterinarian.