Home ›
Our Pet Experts ›
Dr. Patty Khuly ›
Why I Think Some Old School Vets Aren't Happy With So Many Women in The Profession 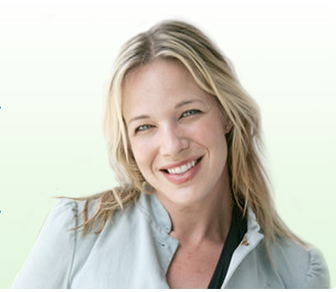 I love, love, love to write about my profession’s gender issues –– especially on the education front. It’s a fascinating subject, seeing as we’ve come a long way, baby. When it comes to veterinary programs, the scales are no longer tipped in favor of male applicants. Here are the basics: In the mid-'70s, most vet programs skewed in favor of men 3 to 1. Since then, it’s flip-flopped so that almost 80 percent of veterinary students are women — and only 20 percent are men.

The playing field has been redesigned because female applicants outnumber male applicants by almost 4 to 1. Add to that fact the trend that suggests female applicants for all professional programs tend to be more highly qualified (we study more, apparently) and you’ve got a recipe for feminine success and, potentially, gender inequity — at least when it comes down to the numbers of admitted students.

You can look at it two ways:

1. There are so many more women than men applying that more females offer stellar qualifications compared to male competitors.

2. Women are simply better qualified, on average, given that most of us tend to be more highly motivated to enter the profession than our male counterparts.

In my opinion, both are probably true and that the veterinary and cross-disciplinary literature on the subject supports it. I also believe that all but the most enlightened men in the field are unlikely to find this comparison compelling. It’s easier for them to think that women have made inroads as veterinarians based on affirmative action rather than on cultural and innately gender-based issues.

It’s also easy for them to point to women as the source of our profession’s woes. Not that the vet field is doing badly compared to almost every other industry in light of the current recession. Truth is, our business is definitely down, but far less than most others.

And, honestly, it makes sense that they'd single women out as the sissies who won’t charge what we should for our services. After all, studies consistently show that women make less than their male counterparts –– because our bosses won’t pay us as much, but also because we’re more willing to charge less when we feel our needy clients deserve it. (That reality has been borne out by many studies, by the way.)

But that doesn’t mean our profession isn’t stronger and more vibrant by virtue of the women within its ranks. I’d vehemently argue that it is! We’re dedicated, compassionate, motivated, intelligent and strong. What’s not to love?

A lot, apparently. Here’s what one recent commentator had to say on the subject in a popular vet publication. When speaking about his veterinary school days in the '70s, he offered this gem: “The whispered joke was that your chances of admission would be enhanced if you were not a Caucasian male.”

What he meant to say (and harshly implied) is that women and other minorities were given a leg up, one that led to “unnatural selection" or “social engineering,” as he also called it. And the “unintended consequences” were that those applicants who didn’t deserve it got a free pass to an arena only white males had previously been granted entry, leading inevitably to a “tipping point” in which females outnumbered men 4 to 1. This was not because they were qualified. Rather, they flew in on the wings of “political correctness.”

So it’s to be inferred by his commentary that we now live in an era of too many females, hence why the profession is essentially going to hell in a handbasket (my words).

I have no choice but to reply: “What a specious argument!

As if alleged admissions policies of years past could possibly be responsible for bringing about a “tipping point” of such impressive proportions in our profession’s male-to-female mix. It almost seems as if the author is shockingly ignorant of the dramatic sociopolitical shift in gender issues that marked his very generation.

Moreover, his thinking wholly ignores (belittles even) the many years of discrimination women endured as they tried to make their way into veterinary programs, only to be rebuffed by admissions offices in favor of male students and marginalized by faculty, fellow students and colleagues.

Clearly, this doesn't apply to all vets of his generation, but the author’s unenlightened take on the subject is likely why the entire piece reeks of embarrassingly wistful resent. Wistful in its implied nostalgia for the male camaraderie of years past, and resentful in its inferred assumption that our profession is somehow lessened by the preponderance of women.

Its I-dare-you-to-call-me-a-misogynist defensiveness is both illustrative of its self-conscious bias and insulting to a population of rightfully indignant readers –– female and male alike, but mostly the author’s generation of women veterinarians and even his classmates! (How’s that for camaraderie?)

I could more easily accept this commentary were it attempting to make a larger point about the unintended consequences of affirmative action, in general. If so, however, I would think it might found its conclusions on something more concrete than the weak schoolboy rumor mill conjecture he offers as evidence.

This proves that it’s more than just the pink collar-ification of the profession the author can’t come to grips with; the concept of evidence-based analysis apparently eludes him, as well.

I've shared my opinion on the subject. But mine’s never the last word. Yours is. What do you think