Why Veterinarians Are More at Risk for Foster Parent Fatigue 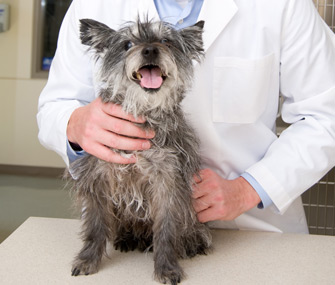 Each day of the week, I head to work at a hospital where I attend to dogs and cats in various states of wellness and distress — but only after I’ve ministered to a bevy of beasts sharing a similar spectrum of veterinary disarray back at home. Technically, not all of them are mine. At least one or two at any given time carry the designation of “foster pet.”

Pets maintained in what we refer to as foster care are granted temporary, loving homes where they can be socialized and rehabilitated, if necessary, until they find their “forever homes.” Keeping them at home in foster care not only means that one more pet is being treated like a worthy companion instead of disposable property, it also means that one less pet is remanded to the cruel vagaries of shelter care.

For our part, we foster parents concentrate on the word “temporary,” so that we can make room to help the next needy dog or cat who comes our way. And if there’s one thing that’s every bit as inexorable as death and taxes, it’s the bottomless font of fosterable animals residing in our communities, which is probably why veterinarians are prone to taking on more than our fair share.

Let me offer you a quartet of everyday scenarios related to this phenomenon:

Scenario #1: The Dump and Dash

A woman walks into an animal hospital asking whether anyone recognizes the near hairless Shih Tzu who she’s holding out at arm’s length. “I found it right outside” are the only words she utters before depositing the leashless and bewildered creature onto the waiting room floor.

Scenario #2: The Dine and Dash

A prospective client fills out new-patient paperwork and agrees to a round of tests and treatments for his kitten. But when it’s time to pay the bill, he’s out the door, with an ominous, “Could you please hold her while I run to the car to get my wallet?”

Scenario #3: The Back Door Drop-Off

A box of kittens. Or puppies. Or a near-dead feral cat. The permutations of this particular scenario are endless. And it’s common enough that many hospitals post signs stating that pets left at the back door will be surrendered to the local animal authorities.

This depressing method of foster pet generation happens when people can’t pay for their pets' treatment and instead agree to legally transfer ownership of their animals to the hospital.

Just so you know, hospitals offer this option only when the patient’s condition is potentially treatable, and a new forever home seems like a very likely possibility. And when we can’t bear to see an animal euthanized due to lack of funds.