Home ›
Our Pet Experts ›
Linda Lombardi ›
Your New Pet: When It's Not Love at First Sight

Your New Pet: When It's Not Love at First Sight

Positive training affects your whole relationship, resulting in a dog who's more focused on and responsive to you. "A well-trained animal starts picking up your behavior in a positive way," says Beck. "The interaction is richer, and that probably creates a bond."

Experts also say that animals taken for regular vet care are less likely to be surrendered. One risk factor they call out is if owners have too specific an expectation of the pet's role in the family. As part of that, Young warns not to expect your pet to be just like your last one that looked the same. Let your new family member be his own unique individual.

What to Expect At the Start

So now we know that you don't need to fall head over heels to start. Young emphasizes that the reverse is also true — an animal may not show instant love for you either. 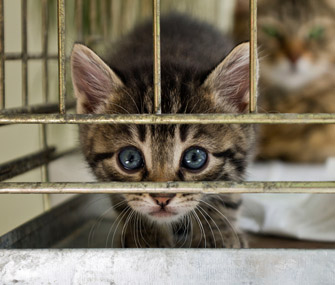 Thinkstock
We like to think that rescued animals know we saved their lives, but it may take time and patience to develop a bond with your new pet.

The dog who runs up and kisses everyone may be the first to get adopted at any shelter, but lots of great dogs and cats aren't going to act that way. Lose the romantic notion that animals know you're there to save them — they may be frightened of the shelter environment, stressed from being moved from place to place and justifiably wary of strangers. "They don't know that you're their light at the end," says Young. "Until you take them out of that environment, you're not sure of the connection."

When you take a new pet home, make sure you have time to spend with them for the first several days, helping them get comfortable. "I think that's the biggest thing — devote some time out of your busy schedule to get them settled in," says Young. "That is huge for building that foundation."

So take the time, enroll in that class and if you've made your choice thoughtfully, chances are the love will follow.

Young says: "I've had people call me back and say, 'I have to tell you, I was really skeptical about taking this dog home, and now' — most of the time within two or three weeks — 'this dog acts like it's been here forever, and I can't imagine life without them.'"