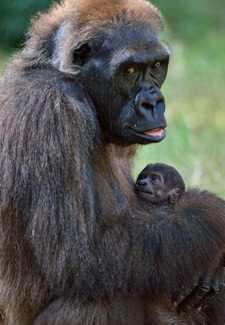 It usually waits years for the birth of a baby gorilla, but the Zoological Center Tel-Aviv Ramat-Gan is celebrating the arrival of two tiny gorillas in just two weeks! Anya, a 25-year-old female, gave birth to a baby Western Lowland gorilla. Then, just a few days later, 34-year-old Lia grew the gorilla family with a baby of her own.

The zoo wanted its female apes to reproduce, so it brought in what must have been one studly male.

"Only when Lucas, our handsome silverback, arrived from the Netherlands 15 years ago, things started to change for the better," says a zoo spokesperson.

Anya's baby is named Amelia after curator Dr. Amelia Terkel, who is retiring from the zoo in December after 30 years on the job.

The two healthy newborns are already riding around their exhibit on their imah's backs — that's Hebrew for "mom." 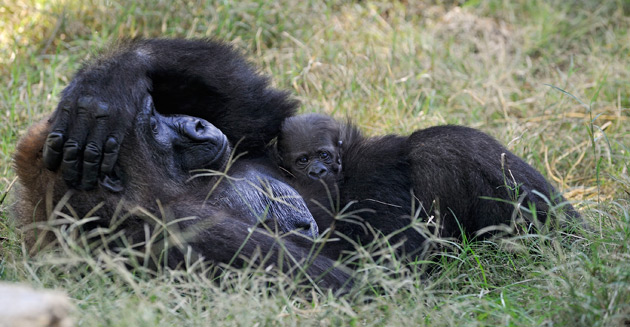 Tibor Jäger
Anya relaxes in the grass with her new baby.
Google+