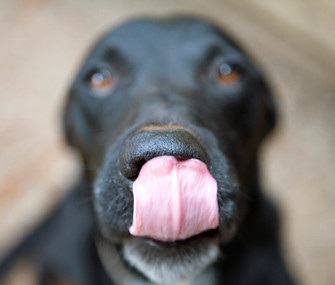 While most of the country has had a hot streak or two this summer, those weren’t officially “dog days” unless they occurred in late July or August — at least in the Northern Hemisphere. That’s because the term “dog days” refers to a period when Sirius — the “dog star,” part of the constellation Canis Major — rises and falls with the sun. The ancient Romans marked these days from July 23-24 to August 23-24, noting that they were typically the hottest days of the year. Eventually, the phrase “dog days” came to mean any hot streak in the summer.

Did you know that? The reason I did is because I love learning new things. I always have, and I hope I always will. I’ve always clipped interesting stories from newspapers and magazines, and in a way I still do, although these days I usually snap a picture with my smartphone and send it to friends and family.

— to find five tidbits worthy of being part of a Trivial Pursuit edition just for dog lovers. (And, yes, I’ll put together one for cat lovers, too!) Hope you enjoy these!

The origin of dog tags: Putting collars on dogs is an ancient practice, but dog licenses are much more recent. In the United States, at least, the practice is a little more than a century old, and it started in Cincinnati, Ohio. Charging dog owners to license their pets caught on with other cities as well and was so common that by the time American soldiers in World War I were issued ID tags, they reminded everyone so much of what dogs wore that they were humorously called “dog tags,” a term that sticks to this very day.

Guard dog on duty: The phrase "Beware of Dog" is so old that its Latin equivalent — "cave canem" — has been found on signs in Roman ruins. The word "watchdog" isn't quite so old; the first mention of it is by Shakespeare, in The Tempest.

First-aid cream is better: The idea that a dog's saliva has healing powers has been around at least since the ancient Greeks and Romans, whose physicians believed it to be an antidote for poisoning. Later, St. Roch was often pictured with a dog licking a sore, reflecting the belief that the patron saint of plague victims knew something about a cure and that his dog's saliva made him healthy. Modern medicine, no surprise, doesn't look kindly on such theories. And by the way: Dogs are attracted to open wounds because the serum from them is sweet.

Doggie dreads: If you let the hair of Poodles grow, it will form dreadlocks. While not common, Poodles with “cords” do turn up at dog shows now and then, and they always attract attention. While pet Poodles are typically kept in a short “puppy clip” and show Poodles are groomed for fluffy, big hair, there are breeds who cannot be shown competitively without their cords: the Puli and the Komondor. In Europe, the Bergamasco is shown not only corded but also matted, with what look like large pieces of felt hanging from his pelt. Cords are impractical for pet dogs, which is why these breeds are often shorn of their distinctive coats when they’re retired from showing. A few years back, a top-winning American Komondor was shaved down, losing 2,700 cords and 15 pounds in the process.

Fleas aren’t picky: When dogs have fleas, it’s more likely they’ll be what are called “cat fleas,” or Ctenocephalides felis. As for cats, they’re more likely to have cat fleas, too. There is a “dog flea,” but it’s nowhere near as common. The reason “cat fleas” are named after our feline companions is pure coincidence: They were found on a cat when they were first named, in 1834. And, yes, modern flea control from your veterinarian will control these heinous hitchhikers on both cats and dogs.

These are just the tip of the iceberg. I’ll share more bits of canine trivia another time. Hope you enjoyed these!