Home ›
Dr. Marty Becker ›
A Look Back at 30 Years of Pet Insurance

A Look Back at 30 Years of Pet Insurance 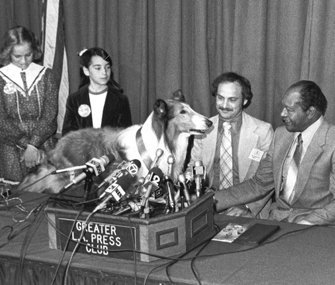 I was a practice owner in Twin Falls, Idaho, in April of 1982, when Lassie became the first pet with health insurance; like many veterinarians, I was seeing incredible changes in the way people felt about their pets and what they wanted in terms of care.

We had the knowledge, skills and technology to match much of what our physician colleagues were doing, and pet owners wanted us to go the extra mile for pets who were now considered full family members.

But there was — and still remains — one big problem: Too many people who wanted us to save their pets couldn’t afford the care we could offer. Like all other veterinarians, then and now, there was a limit to what I could do for free. I had a mortgage and a business — if my practice went under, I couldn’t fulfill my obligations to my family and my employees, or to my patients.

So how do you offer cutting-edge medical care when only a few patients can afford it? In Southern California, a veterinary colleague named Dr. Jack Stephens had spent years looking for an answer, and he thought the time had come to try something new.

And that's how pet health insurance was born.

“I had had a defining moment with a client,” he says now. “I was at the grocery story with my wife, shopping, and found myself being introduced as ‘the man who killed my dog.’ I was devastated, and I thought: I can’t do this anymore.”

Instead of giving up on pets and the people who love them as well as the profession he loves, Dr. Stephens founded Veterinary Pet Insurance (VPI). It wasn't an overnight success; the company struggled, and other companies came and went before the pet health care industry established itself at last. Eventually, Dr. Stephens left VPI to found Pets Best, a competing company, in 2005.

Today, VPI remains the big kid on the street. VPI Senior Director Curtis Steinhoff says the company has about 60 percent of the pet health insurance market, with just under half a million policyholders.

“Since VPI was founded, we’ve seen about 50 competitors come and go,” he says. “There are about a dozen players now, and we figure some of those won’t make it either.”

From Emergency Care to Wellness Care

Pet health insurance began as a way to provide cutting-edge medical care at more affordable prices. These days, veterinary medicine, like human medicine, is shifting its focus to wellness care. Will the insurance companies again be shifting their emphasis?

VPI’s Steinhoff said that was already happening, with insurance companies encouraging wellness care by offering policies that cover that specifically, in addition to covering major accidents and crises such as cancer.

Better still, insurance companies are looking for ways to help pet lovers avoid accidents and illness in their pets whenever possible.

“We try hard to make everything we do have an educational component,” Steinhoff says. “We process a million claims a year, and we use that data to educate pet parents. That’s a goal that drives everyone in this building.”

For Dr. Stephens, the goal remains getting more pets insured. In a recent article on the industry, Consumer Reports noted that 3 percent of dogs and one percent of cats are insured. And as a practicing veterinarian, that’s a number that just makes me sigh.

Whether it’s wellness care to prevent illness or cutting-edge care to cure, pet health insurance is often the one thing that makes my job possible. And that’s even more true in this economy.

I’ve known Dr. Stephens for decades now, and I asked him if he was proud of being the father of pet health insurance. He admitted that he was, but then said that his work wasn't finished.

“The battle is by no means over,” he says. “My mission is to get more pets insured.”

After all these years as colleagues and friends, he and I are still on the same page.