Home ›
Dr. Marty Becker ›
Does Our Puppy Need His Dewclaws?

Does Our Puppy Need His Dewclaws? 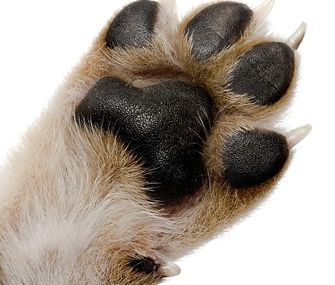 Q. I know that some breeders remove dewclaws on puppies, and others leave them. Is there a good reason to have this procedure done on our new puppy?

A. Dewclaws are the canine digit that’s the equivalent of the human thumb, although “equivalent” is pushing that word to the limits of its definition. While the evolution of an oppositional thumb has made us capable of everything from handling tools to typing texts, in many other animals the comparable digit has little to no function. That’s the case in dogs, where the dewclaw moved over time to a position up the inside of the front leg. (Some dogs additionally have rear dewclaws, most notably the Great Pyrenees, which has double dewclaws on the back legs.)

When Are Dewclaws Removed?

In many breeds — but certainly not all — the dewclaw has traditionally been removed in the first few days of a dog’s life. In some breeds, the removal is thought to improve appearance for the show ring. In others, it’s done to prevent possible injuries, such as being damaged while a hunting dog works through brambles. (Some breeders remove declaws themselves, but this is a task more appropriately handled by a veterinarian.)

If dewclaws aren’t removed in the days after birth, the next opportunity is typically at the same time as a spay or neuter. If a puppy has torn or otherwise injured the dewclaws before that time, it’s certainly worth discussing their permanent removal to prevent reinjury.

Why Remove the Dewclaws?

As with many other elective procedures in pets (such as ear crops and cat declawing), the thinking on dewclaws has been trending strongly toward just letting them be. It’s thought that they may provide dogs an edge in sports such as agility, where canine athletes turn at such top speeds and sharp angles that dewclaws come into play. That’s especially true when the declaws are what’s called “articulated” — tightly attached to the leg and capable of gripping.

Opting not to remove the dewclaw means paying closer attention to keeping the nail on the dewclaw trimmed short. This is important because many times the reason a dewclaw is injured is because the nail catches on something. Even if the nail doesn’t catch, though, it can cause problems: It’s not uncommon for veterinarians to see dewclaws so neglected that they circle completely around and dig into the leg.

If your dog doesn’t have dewclaws, he’ll be fine. He’ll also likely be fine if he does, as long as you’re careful to keep those nails short enough to prevent them causing problems for your pet.