Home ›
Dr. Marty Becker ›
How to Keep Your Pet's Food Safe (and Recognize When It's Not) 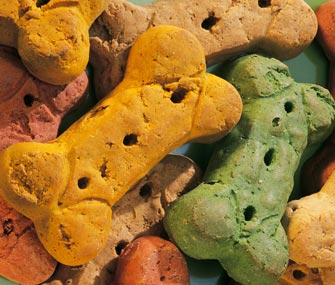 Food is fragile. It’s only as good as its ingredients, and even when it is made perfectly, it attracts the attention of other hungry beings, everything from toxic mold to bugs to rodents. And when you’re talking about a complicated product with dozens of ingredients sourced from different parts of the globe and shipped and stored in all weather conditions … well, it’s actually kind of amazing that we don’t have more problems with food than we do.

Widescale problems like the pet food recall of 2007, traced to adulterated ingredients from Chinese suppliers, are thankfully rare, but smaller problems linked to a particular food from a particular lot at a particular factory are not uncommon. And when we hear about these recalls, it’s not a sign that the system is broken — it shows that it’s working as it should be.

When a relatively small batch of food has a problem, the company finds it through quality testing and works with the government, veterinarians, retailers and the media to get news of a recall out to pet owners.

That’s what happens when there’s a known issue with a product, anyway. When a problem can’t be found, however, the situation is more complicated. Such is the matter now with jerky treats imported from China. The U.S. Food and Drug Administration says there have been more than 2,000 illnesses and 35 deaths reported in pets fed the products, but they haven't been able to find any reasons why these animals became ill. While the FDA has not advised people to avoid the treats — they don’t have the evidence to do so — they have reminded pet owners that treats aren’t essential to a pet’s health.

Which throws the whole matter into the laps of veterinarians, because we are essential to a pet’s health.