Multidrug Sensitivity: What You Need to Know 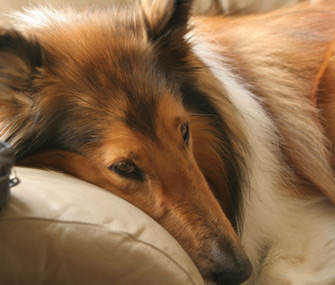 If you live with a herding breed, you probably know that your dog may be sensitive to certain parasite-control products, antibiotics, sedatives, chemotherapy drugs and pain medications. Many Collies, Australian Shepherds and related breeds can suffer life-threatening illnesses or even die if given those medications. That’s because they have a gene mutation that allows these drugs to build up in the brain, where they can cause neurological reactions, including tremors, disorientation and blindness.

I’m proud to say that it was researchers at my alma mater, Washington State University College of Veterinary Medicine, who first discovered the mutation of the multidrug resistance gene, known as MDR1, and then, in 2010, developed test procedures to identify dogs with the mutation.

What does this mean for you? It’s now easy to determine whether it’s safe to give your dog a particular medication without running the risk of a severe reaction. Right now, the main breeds known to be affected are herding dogs and mixes, but as more dogs are tested, it’s likely that the list of affected breeds will grow. Knowing whether your dog is affected can help your veterinarian choose medications that won’t cause adverse effects.

What You Need to Know

Most commonly affected breeds: Australian Shepherds (standard and miniature), Collies, McNabs, Longhaired Whippets and Silken Windhounds (the latter two breeds are thought to have Shetland Sheepdog in their ancestry). Other breeds in which the mutation has been found are English Shepherds, German Shepherd Dogs, Old English Sheepdogs and Shetland Sheepdogs.

Drugs to avoid in dogs with the MDR1 gene mutation: The tranquilizer acepromazine; a pain medication called butorphanol; the anti-cancer drugs doxorubicin, vinblastine and vincristine; the antibiotics erythromycin and rifampin; anti-parasitic drugs such as ivermectin (in high doses), milbemycin, moxidectin and selamectin; and the anti-diarrheal drug loperamide (Imodium).

Mixed breeds can be affected: You may or may not know if your mixed breed has herding dog ancestry. Many mixed breeds who don’t resemble herding dogs have been identified as having the MDR1 mutation. The WSU Veterinary Clinical Pharmacology Lab recommends that mixed breed dogs be tested for the mutation before receiving anti-mange doses of ivermectin, which are much higher than the doses used in heartworm preventive.

Horse owners, beware: If your canine assistant laps up some of your horse’s paste dewormer or eats the manure of a horse who has been recently dewormed, he could temporarily or permanently lose his eyesight or even die, depending on the amount ingested.

Ask breeders if their dogs have been cleared. Ideally, breeding dogs will have two normal copies of the gene, meaning that they are not affected and will not pass the condition on to puppies. Because the mutation is so widespread in some breeds, however, it would be impossible to eliminate all dogs with the mutation from breeding programs. Knowing a dog’s status can help breeders make wise decisions and gradually reduce the incidence of the mutation in their breeds.