Tips to Spot and Prevent Dehydration in Pets 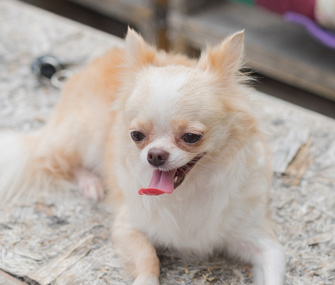 Thinkstock
Toys breeds, such as Chihuahuas, Pomeranians and Yorkies can be prone to dehydration, especially in hot weather.

Water. Do you even give it a second thought as you fill your pet’s bowl with it? You should. For all of us — humans, cats, dogs — water is what we’re made of. Depending on age and species, some 60 to 80 percent of the body is water.

The elixir of life is a vital nutrient that helps lubricate joints, transport nutrients through the bloodstream, regulate body temperature through respiration, flush waste materials out of the body by way of urine, cushion the brain and spinal cord and more. For all these reasons, it's important to be sure that your dog or cat is getting enough.

How Low Can You Go?

When the body’s water content falls to drought levels, none of us — pets or people — can function properly. The body draws water out of cells in an attempt to satisfy its thirst and can become low on electrolytes, such as sodium, chloride and potassium, which affect muscle function and other processes. Excessive loss of water, beyond what water the body takes in, is what we refer to as dehydration.

Pets lose water for normal reasons: breathing, panting, peeing, pooping and evaporation through the paws and other parts of the body. They replenish it through eating and drinking. But just like humans, when they lose more water than they take in, they become dehydrated.

Dehydration is a common problem in pets. In fact, many cats are thought to exist in a state of chronic dehydration, because they don’t take in enough water. Two simple ways to increase your cat's water intake are to have him drink from a fountain (many cats prefer moving water to still) and feed him canned cat food, which has a higher water content than dry food.

Dogs and cats can become dehydrated in a number of ways. Sometimes they aren’t eating or drinking enough to take in appropriate amounts. In a frustrating cycle, dehydration itself can cause appetite loss, so making sure a sick pet gets enough water is essential to helping him eat more. Dehydration can also result from illnesses that cause frequent vomiting and diarrhea or fever. Pets who become overheated lose water, too.

Some pets are more prone to dehydration than others. These include very young or small pets, such as puppies and kittens, as well as Toy breed dogs like Chihuahuas, Pomeranians and Yorkshire Terriers. Also at risk are older cats and dogs, pets who are nursing litters, and dogs or cats with diabetes, kidney disease and some types of cancer.

You’ve probably been dehydrated before. You've felt draggy, irritable, headachy — sound familiar? For pets, the signs of dehydration are similar, but they can’t tell us about it. Here’s what to look for that may signal the early stages of dehydration: