Home ›
Dr. Marty Becker ›
Will My Dog Get Sick If He Eats Bugs?

Will My Dog Get Sick If He Eats Bugs? 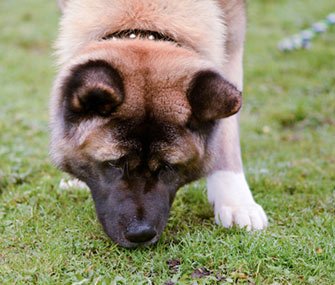 Thinkstock
Some bugs are toxic when eaten or can pass on parasites to your canine.

Does your dog hunt bugs? You’d think he’d go for bigger prey, but plenty of dogs, small and large alike, enjoy snacking on a nice, crunchy june bug or other insect.

Whether you have a Cavalier King Charles Spaniel or a Labrador Retriever, the motion of a crawling beetle, wiggly worm or flying insect is sure to catch your dog’s attention and activate his prey drive. Dogs have been known to eat flies, moths, grasshoppers, crickets and stink bugs, to name just a few.

I can’t tell you the number of times I get calls from worried pet owners, concerned because their dogs have munched down bugs. The idea gives most of us a queasy tummy, and we’re likely to avoid that dog’s kisses for a while, but in most cases, eating a grasshopper or some termites won’t harm your dog and can even add a little protein to his diet. Think of bugs as the canine equivalent of corn chips.

Not surprisingly, though, there are exceptions. Some bugs are toxic when eaten or can pass on parasites to your pooch. And as with plants, the most colorful insects have the greatest likelihood of toxicity. Here’s what you should know.

June bugs aren’t toxic, but if your dog eats a lot of them, he could get an upset stomach, accompanied by vomiting and diarrhea.

Stink bugs taste nasty, according to people who have accidentally ingested them. They aren’t necessarily toxic, but their bitter exudate can cause your dog to drool or vomit if he bites into one.

Sometimes a large number of bugs go down the canine hatch. They can form a bezoar — a hard mass — in the stomach that is unable to pass through the digestive tract. It may need to be removed surgically.