Home ›
Care ›
My Pet Is Breathing Weird. What Should I Do?

My Pet Is Breathing Weird. What Should I Do? 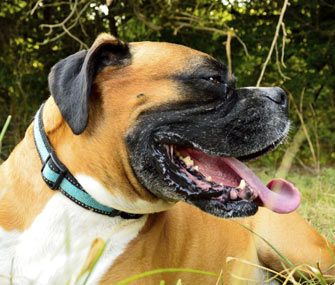 When your dog starts panting nonstop or your cat is breathing with his mouth open, it’s obvious that something unusual is going on. But sometimes, abnormal breathing comes on so slowly and stealthily that you notice it only after it becomes serious.

Sure, some pets breathe noisily all the time, just as some dogs pant a lot. But if you ever see that your pet is breathing abnormally, consider it an emergency and contact your veterinarian immediately — especially if he’s having difficult or labored breathing, a condition called dyspnea.

Increased respiratory rate. Shallow, rapid respiration is common in panting dogs but not in cats. Under normal circumstances (meaning when you’re at home), if your cat is doing open-mouth breathing, it is considered a serious emergency.

Cyanosis. If your pet’s tongue and gums take on a blue tinge — a condition called cyanosis — it means he is not getting enough oxygen into his blood. This is a dire emergency.

Noisy breathing. When your pet makes any out-of-the-ordinary breathing sounds — whether they’re loud, soft, wheezy, squeaky or something else — take him to the veterinarian to be checked out.

Abnormal breathing has a variety of causes. Here are some of the more common possibilities:

Asthma. This inflammatory disease of the lung tissue is relatively common in cats. It typically causes coughing but can also present as difficulty breathing.

Brachycephalic syndrome. Flat-faced cats and especially short-headed dogs are predisposed to noisy breathing due to the abnormal length and contour of their soft palates, which can partially obstruct their airways. Unfortunately, this excess tissue can be accompanied by other upper respiratory tract abnormalities that may predispose them to complete airway obstruction should their tissues become inflamed, which can happen in times of excess heat, stress, exercise and other situations.

Cancer. Many cancers of the chest and upper respiratory tract can cause abnormal breathing, especially if they obstruct the airway.

Collapsing trachea. Some dogs, particularly certain terrier and toy breeds, develop a softening of the tracheal cartilage that causes the trachea to lose some of its tubular shape. When this happens, affected dogs may cough or seem like they are choking. Some dogs with collapsing trachea also develop abnormal breathing.

Congestive heart failure. In this condition, the heart fails and the lungs often fill with fluid. The result: difficulty breathing.

Foreign body. Sometimes a toy or food becomes stuck in the throat or is accidentally inhaled into the trachea or lungs and is positioned in such a way to block airflow.

Laryngeal paralysis. Dogs with this condition have lost some of their ability to open and close their larynxes in synch with their breathing. This causes noisy breathing and predisposes them to serious respiratory problems, especially during exercise or heat exposure. Coughing, hacking and breathing difficulty are frequently observed.

Obesity and excess weight. Dogs and cats who carry too many pounds may experience difficulty breathing. They may display symptoms similar to those who suffer partial upper airway obstruction or irritation.

Pneumonia. Fluid can build up in the alveoli (the tiny balloons in the lungs that fill with air and serve as locations for blood oxygenation) due to infection or inhalation of fluids, among other causes. Coughing and abnormal breathing are commonly observed.

Trauma. Many types of trauma (such as being hit by a car) can damage the structures of the chest. Common chest and lung injuries include lung contusions (bruising), air or blood surrounding the lungs (pneumothorax or hemothorax), and damage to the diaphragm, all of which can cause severe difficulty breathing.

What to Do At Home

Any pet who is breathing abnormally should see a veterinarian as soon as possible, in case the situation proves progressive and life threatening. In the event of an emergency, remember these rules:

What Your Veterinarian Will Do

If your pet seems to be breathing abnormally but not with difficulty, your pet’s doctor will likely do the following, before deciding how to treat your pet:

1. Take a history. Most veterinarians will start by asking a few questions to understand the history of the problem. When did you first notice the abnormal breathing? Has it changed? How has your pet been otherwise?

2. Perform a physical examination. Since so many possibilities exist for the cause of breathing abnormalities, examining the whole body is a necessary part of the process.

3. Order laboratory testing. Blood and urine testing is common when your pet is having respiratory problems. Aside from the basic urinalysis, CBC and chemistry, specific tests can help identify infectious or allergic diseases.

4. Order X-rays and other imaging. X-rays and ultrasounds are often indicated in these cases. Sometimes additional imaging is required. These can include CT scans and/or MRI studies. Bronchoscopy may also be indicated.

If your pet’s breathing is labored or difficult, your veterinarian may have to initiate one or more of the following emergency procedures to stabilize her and make her comfortable before undertaking even the most basic diagnostic procedures:

Oxygen therapy. Many pets with breathing difficulty benefit from supplemental oxygen, usually administered as a mask or through the nose, but sometimes in an oxygen cage where they can rest more comfortably.

Chest taps and/or chest tubes. Fluid or air that’s sitting around the lungs needs to be removed so the lungs can work normally again.

While sneezing and snorting are both expulsions of air from the nose/mouth, reverse sneezing is an involuntary, spastic inhalation some dogs experience. Episodes can last a few minutes at a time. It is not uncommon for a dog to do this after being walked and snuffling something (dust, pollen, dirt) into his nose.

Many dog owners see reverse sneezing and initially assume their dogs are choking or experiencing a breathing crisis. Though unsettling to an uninitiated owner, there is nothing more to this condition than an irritation to the tissues of the back of the throat and soft palate. It is considered entirely benign.