Home ›
Care ›
My Pet Is Sneezing and Snorting. What's Going On?

My Pet Is Sneezing and Snorting. What's Going On? 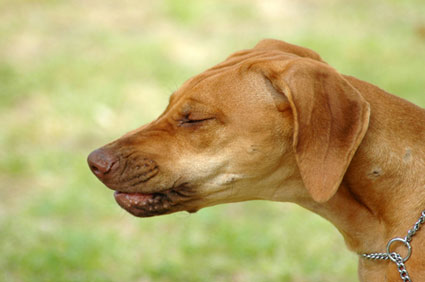 Sneezing and snorting seem like obvious enough actions to define, yet it’s not always easy to tell the difference between the two in pets. Indeed, these two symptoms can sometimes look so similar so that many people use the terms interchangeably. Sneezing is generally defined as a sudden, involuntary outflow of air from the lungs through the nose and mouth. It’s usually caused in response to some irritant of the upper airway, most often to the delicate mucous membranes that line the nasal passages.

Snorting, by contrast, looks like and is defined almost identically as a sneeze. The difference is that a sneeze is involuntary, while a snort is a voluntary effort on the part of the snorter.

Sneezing and snorting are caused by a variety of ailments. Here are the most common causes for each of these symptoms (there is some overlap, in many cases because they can appear indistinguishable from one another).

2. Upper airway obstructions. Anything from cancers to polyps to foreign bodies to excess tissue in the upper airways (most commonly the result of brachycephalic syndrome seen in short-headed breeds) can cause irritation of the nasal passages and, therefore, sneezing.

3. Allergies (or other diseases of the immune system). Though allergic rhinitis is nowhere near as common in pets as humans, it does occur. Dogs and cats both are susceptible to allergies that affect the nasal passages as well as to nasal inflammation for a variety of other immune system-related processes.

1. Upper airway obstruction. As with humans who snore severely and suffer sleep apnea, plenty of dogs and cats who have mechanical obstructions in their upper airways (usually inherited as part of what’s called “brachycephalic syndrome”) snort more frequently than other pets in an apparent attempt to clear their respiratory tracts of debris or fluid. Indeed, any disease that causes the pet sufficient irritation to require the clearing of the nasal passages can result in snorting.

2. Obesity and excess weight. Dogs and cats who carry too many pounds tend to display similar symptoms to those who suffer upper airway obstruction or irritation for other reasons. They, too, will snort more frequently than other pets.

While sneezing and snorting are both expulsions of air from the nose/mouth, “reverse” sneezing is an involuntary, spastic inhalation that some dogs experience. Episodes can last a few minutes at a time. It is not uncommon for a dog to do this after being walked and snuffling something (dust, pollen, dirt) into his nose.

Many dog owners see reverse sneezing and initially assume their dogs are choking or experiencing a crisis. Though unsettling to an uninitiated owner, there is nothing more to this condition than an irritation of the tissues of the back of the throat and soft palate. It is entirely benign.

What to Do at Home

All pets who suffer sneezing and snorting at a more frequent rate or in a different pattern than ever before should see a veterinarian. Here are a couple of simple, commonsensical tips for pet owners whose pets are sneezing or snorting to an extreme.

1. Confine your pet. Put your pet in a crate or small space (such as a bedroom or bathroom) to observe his behavior.

2. Do not overtax your pet. Long walks or exercise in general should be avoided until you can get your pet to a veterinarian.

3. Take your pet’s temperature. If your pet has a fever (over 101-102 degrees) get him to a veterinarian as soon as you can.

If your pet suffers from other obvious symptoms, such as difficulty breathing, pain, poor appetite or simply not acting himself, take him to a veterinarian right away — at an emergency hospital, if need be. Also, if a nasal discharge is present or if the sneezing is productive, meaning mucus, blood or other material is produced, your pet should see a doctor. These are typically signs of a more urgent medical condition than the tips provided here can resolve.

If you’re unsure what to do, call your veterinarian or emergency hospital for guidance.

What Your Veterinarian May Do

When you take your pet to the vet, here are things the doctor may do:

1. Take a history. Most veterinarians will start by asking a few questions to understand the history of the problem. When did you first notice the sneezing or snorting? Has it changed? How has your pet been otherwise?

2. Do a physical examination. Since so many possibilities exist for the cause of these symptoms, examining the whole body is a necessary part of the process.

3. Order laboratory testing. Blood testing is commonly undertaken in these cases. Aside from the basic CBC and chemistry, specific tests can help identify specific infectious or allergic diseases.

4. Take X-rays and other imaging. When brachycephalic syndrome, tumor or upper respiratory obstructions/foreign bodies are suspected, X-rays are often indicated. Sedation or anesthesia may be required for X-rays. Sometimes additional imaging is required. This can include ultrasound, CT scans and/or MRI studies.

5. Do visual examination under sedation or anesthesia. Anesthetizing a pet is a commonly required procedure for thoroughly evaluating pets who sneeze or snort. Using a rigid or flexible scope to help visualize the nasal tissues and upper respiratory tract may be necessary. Once there, your veterinarian may even elect to take tissue samples (biopsy) for microscopic evaluation.

Treatment depends wholly on the underlying cause of the sneezing or snorting.