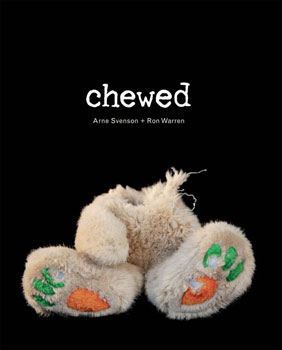 Sometimes it’s the eyes that go first. Other times, it’s an arm or a leg, until the trusty companion has been rendered lovingly limbless. Regardless of how your canine goes in for the kill, one thing is for certain: The more eviscerated and bedraggled and fluffless the dog toy, the more precious it is to your pup. Even though we don't recommend letting your dog's toy get this far gone (think choking hazard!), it does make for some aesthetically curious doggie handiwork. At least that’s what photographer Arne Svenson thought when he compiled his whimsical new book, Chewed, which is packed with playful portraits and high-profile essays from the likes of Isaac Mizrahi, William Wegman, and Bizarre Foods host Andrew Zimmern.

Before you check out our slideshow below, see what Svenson had to say about his project, which was two years — and hundreds of such decimated possessions as bunnies and bears — in the making.

A: Arne Svenson: “I was visiting a friend who has two marvelously mad Italian Greyhounds, Baby and Bo. They were tearing around the house, passing a slobbery toy back and forth, which turned out to be the gutted remains of a sock monkey. I marveled at its transformation from cheerful plaything to an eyeless, armless, one-legged monster. But it occurred to me that maybe the label of monster was totally subjective; maybe, from the point of view of Baby and Bo, this toy had been transformed from beast into beauty, that they had created their ideal 'love thing.' "

Q. You previously published the equally funSock Monkeys (200 out of 1,863). What intrigues you so much about shooting seemingly simple, inanimate objects, such as shredded dog toys?

A: “The constant theme in my photography is resuscitation — the breathing of life into the moribund, dormant and ignored citizens and objects of our culture. When I saw the chewed sock monkey, I thought it would be a great subject for a series of items that are mostly ignored by humans yet are the stuff of dreams to a pet. 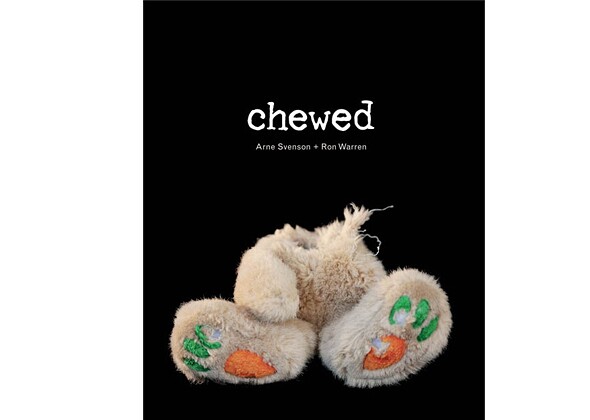 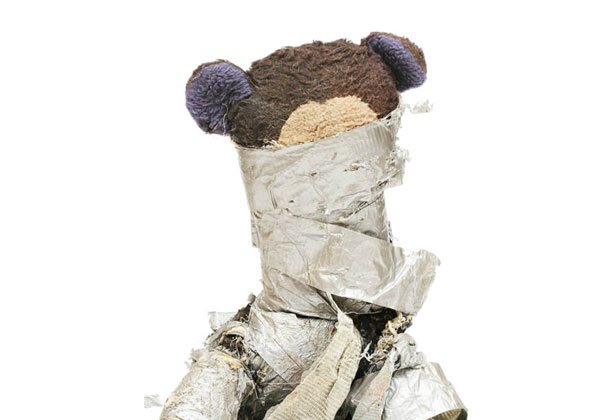 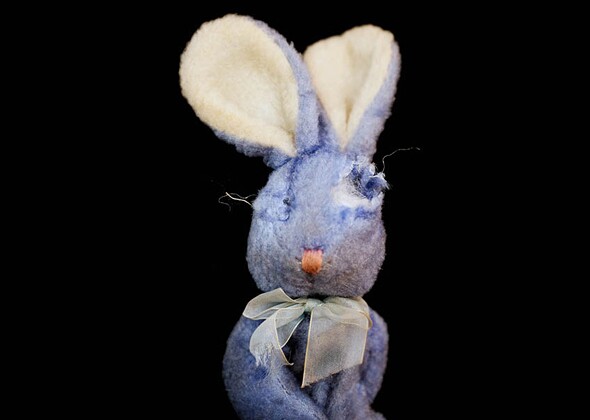 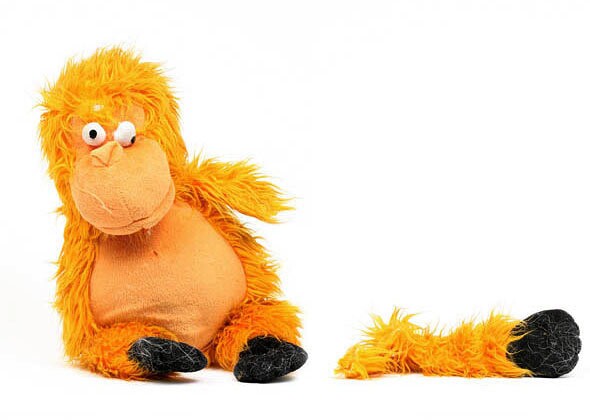 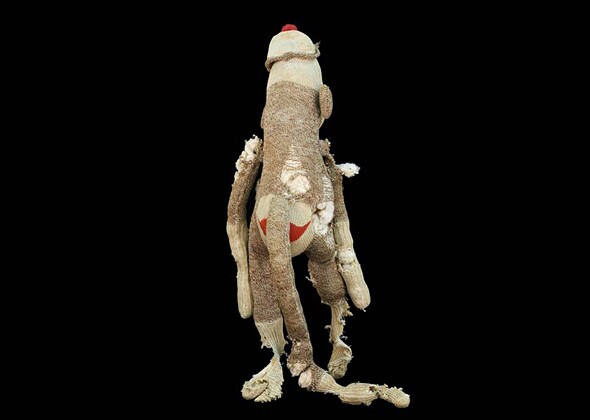 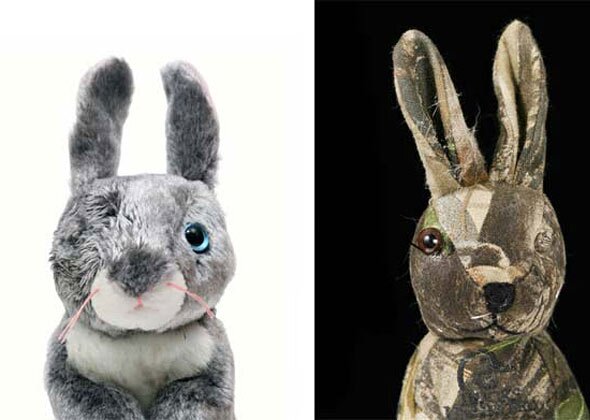 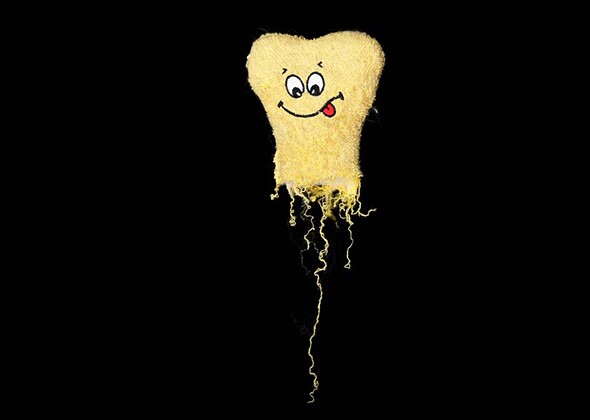 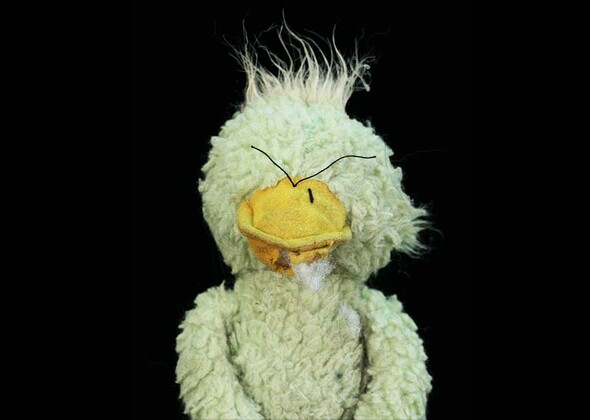 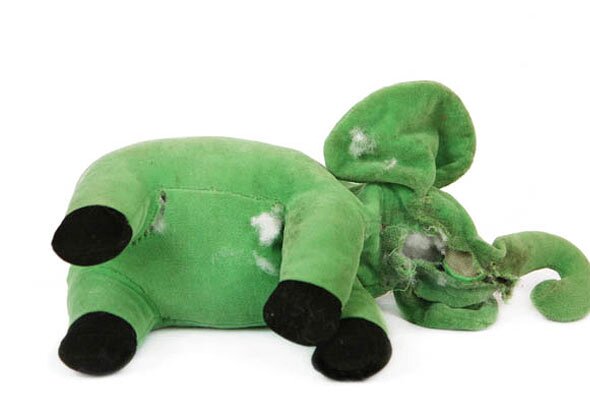 I try to see the toys through the eyes of the dog, taking loving, almost regal portraits that elevate the subject to its rightful place in the pet’s eyes. One of the pivotal inspirational points for the series came from the following quote I stumbled upon from the Velveteen Rabbit: ‘Generally, by the time you are Real, most of your hair has been loved off, and your eyes drop out, and you get loose in the joints and very shabby. But these things don’t matter at all, because once you are Real, you can’t be ugly, except to people who don’t understand.’ ”

Q. How did you select the “models” for this project? It must have been tough to whittle down the finalists.

A: “I enlisted my friend and collaborator Ron Warren, and we embarked on a two-year project of collecting and photographing chewed toys. We began by coaxing these victims of tough love from pet-owning friends, some of whom confessed that they just might have an old toy or two lying around — only to produce an astonishing array of mangled remains. We were soon inundated with boxes of plush animals, rubber squeakies, and various unidentifiable bits and pieces of formally intact kids' toys. During photo shoots, a number of owners insisted upon waiting in the studio, refusing to budge until photography of “their” toys was complete, as if their pets' sanity were on the line.

Early on, we made the decision to photograph every toy we received, which eventually numbered in the hundreds. The process of editing the photographs down to the 140 pictured in the book was difficult in that every chewed victim seemed to have a tale to tell. Narratives for each toy seemed to spring from their portraits, and we matched the subjects according to these imaginary stories. Eventually, we had to be ruthless — if we couldn't effectively pair a toy with another one on the facing page, then that subject was eliminated. Of course, our criteria was highly subjective and, in retrospect, slightly mad."

Q: I know it’s hard to play favorites, but does any image resonate more than others?

A: “One of my favorite pairings is the one-eyed rabbits. There’s an odd resilience to them, as if they’ve been knocked around, but with the aid of each other, they are still able to navigate the world. Although they have one eye each, when paired, they have two. My favorite single image has to be the sock monkey, photographed from the back. He’s beaten up, but he still trudges along, tail dragging. Throughout his trials and tribulations, he still wears a big, red smile on his, well, rear ...”

Q: You gathered a great roster of people to contribute essays to the book, including Augusten Burroughs. Is there one, in particular, that holds special meaning for you?

A: “In his story, ‘This Bear,’ photographer William Wegman writes about driving 200 miles to retrieve his dog's favorite toy, which had been left behind in a motel room. My cat, Monkey, an Ocicat, has many dog-like qualities, one of which is an obsessive connection with her toys. Right now, a couple of her favorites are a handmade troll doll from Sweden and a piece of bubble wrap, with the words ‘Monkey’s Invisible Cloak’ written on it. It is under this bubble wrap that she thinks she can’t be seen — and where she hides her toys.

At one point, I tried to replace the troll doll, which she had beheaded, but she would have nothing to do with the replacement. So, as any good pet owner would do, I got the old troll out of the garbage and sewed it up in a rough, Frankensteinian manner. It is now in its place of honor again, under Monkey’s Invisible Cloak. All is well with the world.”