Does Faster Healing Make Laparoscopic Spaying Worth the Cost? 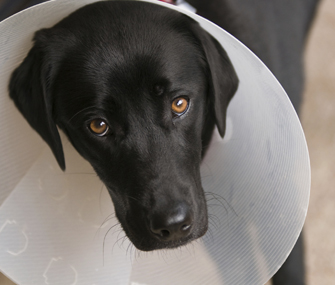 Q. My veterinarian is now offering spays by laparoscopy. She says it’s less invasive and the recovery time is faster. Is it worth the extra cost?

A. That’s a decision only you can make. As a veterinarian, it's my job to make sure you are educated about both procedures so you can make a fully informed decision on your pet's behalf.

First, though, a few words about spaying: Because spaying and neutering are equally used for controlling pet populations, people tend to think of them as being roughly comparable. The routine neutering of a male dog is a relatively easy procedure, from a veterinary point of view. Although equally routine in veterinary practice, spaying is, in fact, major abdominal surgery.

Spaying was pretty much unchanged for decades until laparoscopy came along. “Minimally invasive” doesn’t do it justice: In a traditional spay, the surgeon makes a two- to three-inch (or longer) incision into the abdomen and then removes the entire reproductive system from the body. With laparoscopy, holes roughly the size of a pencil are made, one for the camera and one or two others for instruments. The surgeon maneuvers the tools while looking at a video screen. Instead of removing the entire reproductive system, only the ovaries are taken out. In addition, veterinarians can also perform laparoscopic-assisted surgeries where they take out the uterus.

The difference in the amount of disruption to the animal's body is significant, and that means less pain and a faster healing time. While it’s true that your pet will likely suffer no long-term consequences from a traditional spay, it’s also true that the procedure is tougher on her in the short term, even with proper pain management.

The Choice Is Up to You

Traditional spaying is still the acceptable approach, despite more advanced (and possibly more humane) options, largely because this procedure can be offered at a reduced price, making it accessible to almost all pet owners — and that in turn reduces suffering for the greater population of pets. Veterinarians have always done their part to help with the cost of spaying, by the way, because of the “greater good” aspect of the surgery.

On an individual basis, however, you need to factor in what’s undeniably best for your pet and then balance that against other factors, most notably what you can afford. (The specialized equipment needed for laparoscopic procedures is largely why the costs are higher.) Again, that’s a decision only you can make, but you do need to make that decision with a true understanding of the differences between these two procedures.