Home ›
Dr. Marty Becker ›
What You Need to Know About Canine Gallbladder Disease

What You Need to Know About Canine Gallbladder Disease 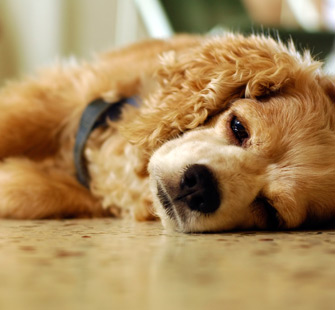 Thinkstock
Gallbladder mucoceles seem to affect Cocker Spaniels and Shetland Sheepdogs disproportionately, but any dog can develop one.

If you’re my age, the odds are good that you either know someone who’s had gallbladder problems or you’ve suffered painful gallstones or other gallbladder disease yourself. But I bet you didn’t know that dogs can develop gallbladder issues as well. Gallbladder disease is much more common in people than pups, but the incidence in dogs may be higher than reported because it’s often associated with other problems.

Nestled between the lobes of the liver, the gallbladder is a round sac that acts as a reservoir for bile, a bitter, yellowish fluid secreted by the liver. Bile flows out of the gallbladder after meals to perform the task of digesting nutrients and fats and ridding the body of certain types of waste.

The good news for dogs is that in most instances the gallbladder causes few problems. Dogs rarely suffer the excruciating gallstones that afflict people. For those of us in general practice, gallbladders don’t occupy a lot of our time.

One of the problems that may develop, though, is a gallbladder mucocele, where the gallbladder becomes distended with too much mucus and bile. This relatively new condition is interesting to veterinarians because it was recognized only in the past 25 years or so, and it seems to cluster in certain areas of the country. It’s not common, but when we see it, our patients are usually middle-aged dogs of either sex. Gallbladder mucoceles seem to affect Cocker Spaniels and Shetland Sheepdogs disproportionately, but any dog can develop one.

When a dog develops a gallbladder mucocele, bile becomes backed up and has trouble flowing out through the bile duct and into the intestine. This causes the dog to feel lethargic, and he doesn’t have much appetite. He may vomit, develop a low-grade fever, or have abdominal pain. Signaling the involvement of the liver, the dog becomes jaundiced, with a yellow tinge to the mucous membranes and the whites of the eyes.

Even less commonly seen in dogs are cholecystitis, an inflammation of the gallbladder and biliary tract — the route the bile takes as it moves from the liver to the small intestine — and gallstones. Gallstones can obstruct the bile ducts — the tubes that carry bile to and from the gallbladder.

Gallbladder disease can also resemble other gastrointestinal problems, mimicking signs of pancreatitis (inflammation of the pancreas) or hepatitis (inflammation of the liver). The gallbladder can become inflamed or obstructed in association with pancreatitis. And tumors of the bile duct or intestine can block or compress the bile ducts. It often takes some detective work to figure out what’s going on.

If a gallbladder problem is suspected, your veterinarian will probably order lab work, including a complete blood count and a chemistry profile.

An ultrasound exam or exploratory surgery to look at the liver, biliary tract and gallbladder may also be performed.