Home ›
Learn ›
A New Photo Book, 'Animals That Saw Me,' Captures Creatures Staring At The Camera

A New Photo Book, 'Animals That Saw Me,' Captures Creatures Staring At The Camera 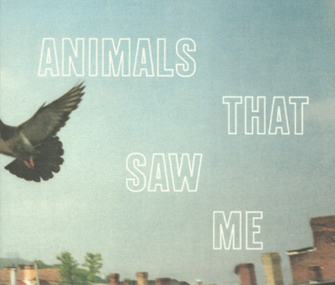 Animals have an uncanny ability to both charm and disarm us, especially if you’re on the receiving end of a stare-down when you least expect it. Ever had a late-night close encounter with anonymous glowing eyeballs while camping? Enough said.

Over the course of almost two decades, photographer Ed Panar was the recipient of enough curious looks from creatures big and small that he decided to compile his favorites into a book, Animals That Saw Me. You’d think he would be used to getting a funny look or two from some of his subjects, but, as he shares with us, it’s a special experience to get a cold, hard stare from a member of the animal kingdom.

Q. When did you first come up with the idea for the book?

A. Ed Panar: "Part of my process includes sorting through piles and piles of pictures. After a while, I noticed there was a growing stack of photographs with animals in them — and the pictures of animals looking straight at the camera always seemed to stand out to me. So I came up with the title, Animals That Saw Me, and the idea that I should flush out the concept into a project. I became more aware of making these photos, and I was more consciously searching for new ones. Although, for this kind of picture to be successful, it requires an element of genuine surprise, so it’s not really possible to predict how or when the next image may appear.”

Q. You took these photos over 17 years in diverse locales like Brooklyn, Big Sur, Tokyo and Newfoundland. I imagine you had a lot of images to sort through, so how did you whittle them down?

A. “I wanted to focus on pictures in which there was a feeling of connection or awareness of me by an animal in a nondomestic setting. So although I do have a lot of pictures with animals in them, once I decided on this criteria, the number of contenders got smaller. There were a lot of close calls and near-misses, but I had to distinguish between ‘animals that saw me’ and pictures that felt more like I was doing most of the looking.” 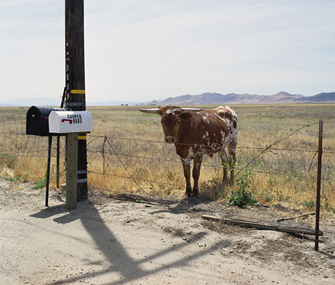 Ed Panar
This bull snuck up on Panar when he wasn't looking.

Q. What is it about this subject that so intrigues you?

A. “I love the feeling of being observed by them, instead of the usual other way around. There is something deeply mysterious and humbling about the gaze of another living being. I’m always reminded of how vastly different the world must be to animals, even though we sometimes share the same space and environment.

I've also always been mesmerized by photography’s mysterious relationship to reality. To me, the difference between a photograph of a moment and the actual experience or feeling of it is like a riddle. Lately, I’ve come to realize that what I’ve been interested in all along is the fringe of the human scene, like the objects and creatures that inhabit it.”

Q. Any funny anecdotes connected to any of the images?

A. “I have to smile when I look at the goose about to take flight. I should have known better, but for some reason I thought it was a good idea to take a picture of a huffing and puffing goose. I was surprised when its feathered wings started smacking me in the head a second after that picture was taken.”

Q. Do you have a personal favorite photo in the book?

A. “I have to say the brown dog next to the white house was a great moment. I was working my way down a back street in Pittsburgh, taking a few pictures, before I felt the gaze of this dog. I must have been observed for at least a few minutes before I realized it and took the picture. The dog didn’t seem bothered at all by my presence and was simply sitting there, quiet and curious.”

Q. Has an animal ever truly caught you off guard?

A. “For me, there is an element of surprise in every image, since none of the pictures are staged. When you're walking around in the city or the country, it’s always somewhat unexpected to find yourself observed by a nonhuman!

One particular moment of surprise was with a bull in the photo California Valley, 2008. I stopped at what appeared to be a completely empty location, with no sign of that animal at all. A few minutes later, I turned around and there he was, standing right at the fence and acting a bit confrontational. It seemed like he appeared out of thin air because I was sure that I would have noticed him before he got that close!”

A Photographer Shines Light on Animals Who Like to Stare 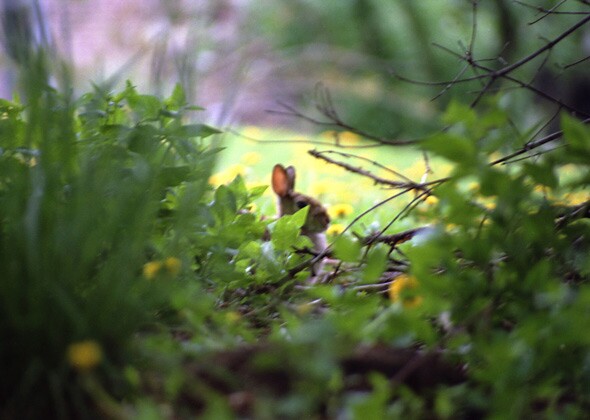 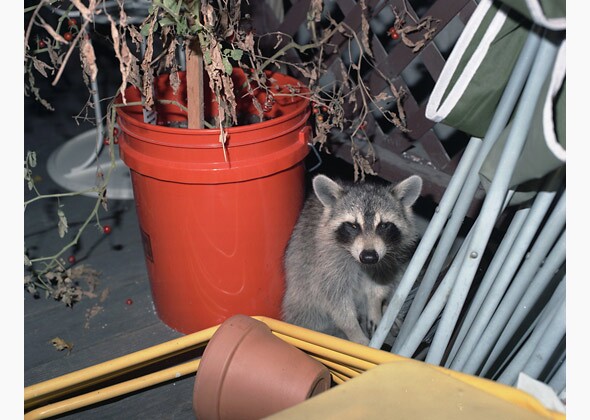 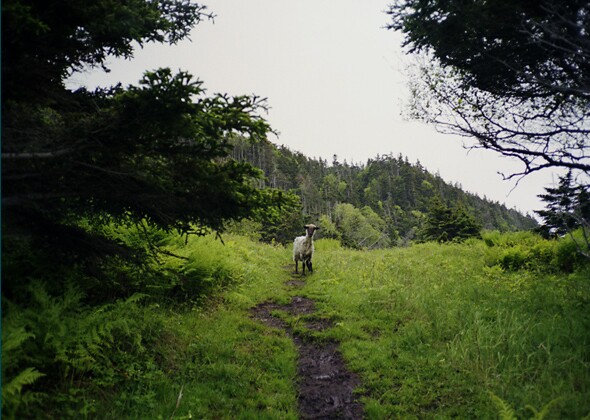 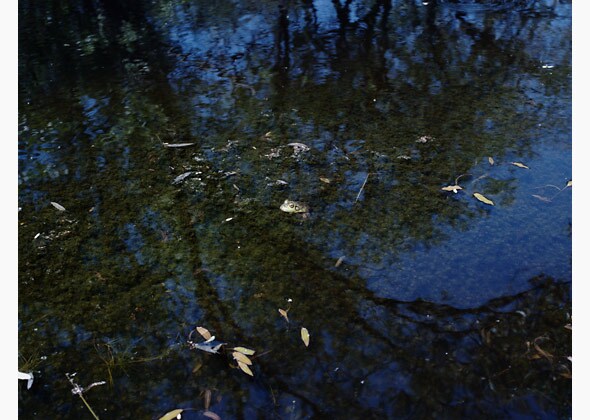 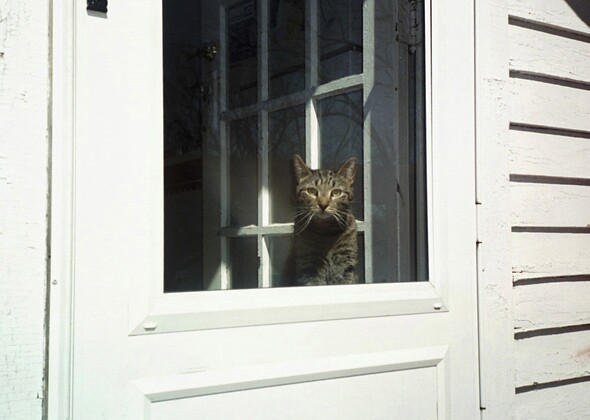 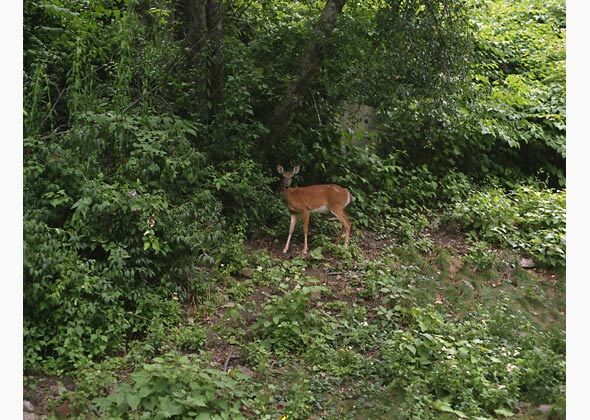 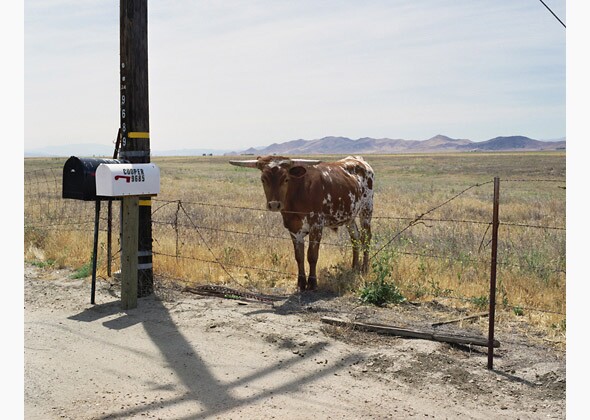 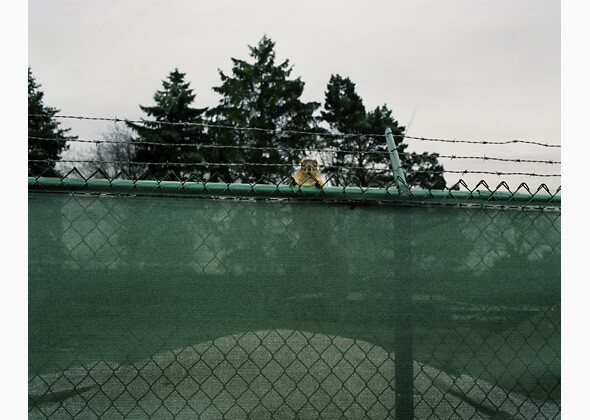 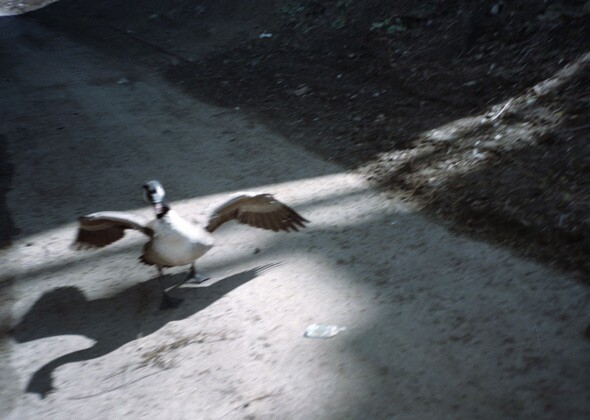 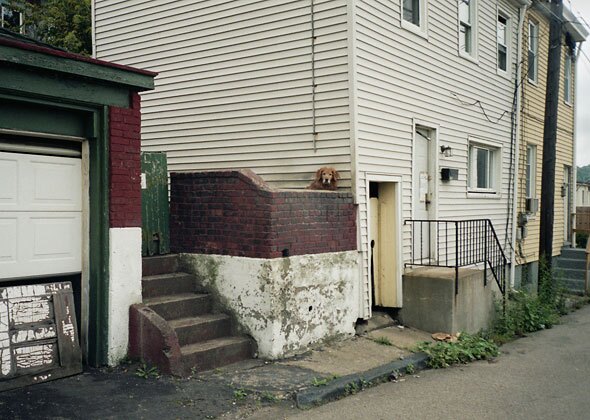 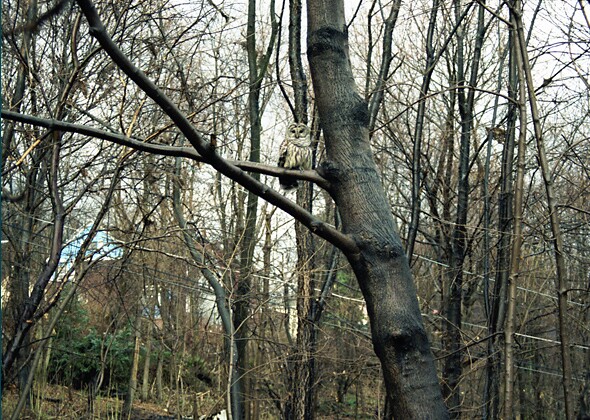