Home ›
Learn ›
Warning: Why You May Want to Wash Your Hands After Feeding Fido

Warning: Why You May Want to Wash Your Hands After Feeding Fido 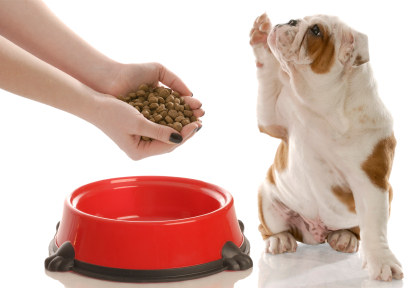 Your dog’s biscuits may look innocent enough, but the Food and Drug Administration is raising some serious concerns about your risk of contracting salmonella after handling pet food and treats. According to a statement that the agency released last week, the “FDA’s Center for Veterinary Medicine … is particularly concerned about salmonella being transmitted to humans through pet foods, pet treats, and supplements for pets that are intended to be fed to animals in homes, where they are likely to be directly handled or ingested by humans.”

A study conducted by the Centers for Disease Control in 2006 and 2007 found that 70 people got sick from handling dry dog food that had been contaminated with salmonella, reported the Wall Street Journal.

So the FDA has launched a yearlong test of dry pet foods, treats and supplements sold at grocery stores and large retailers like Target, Walmart, Petsmart and Petco. The analysis will include samples of food for dogs, cats, rabbits, reptiles, birds, gerbils, guinea pigs and other animals — all of which can also become sick from contaminated food.

Since people often contract the illness by handling pet food and then either touching their mouths or preparing their own food, the CDC recommends washing your hands with warm soap and water for at least 20 seconds after coming in contact with any type of pet food.

The CDC also advises owners to regularly clean pet bowls with soap and hot water, and keep children under the age of 5 from touching pet bowls, food or treats.

Find out which pets are your best… ›
READ MORE: Dogs, Animal News, Poison