10 Surprising Things About How Animals Sleep 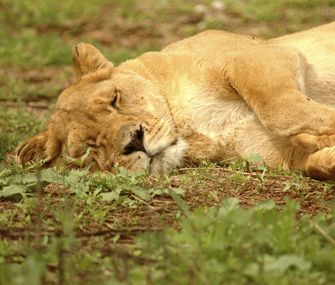 The Better Sleep Council has declared May to be Better Sleep Month, and while we could have let sleeping dogs lie (yes, pun intended here), we instead decided to investigate how animals slumber. After all, many pet owners snooze with their furry friends nightly.

“Sleep is composed of two parts: non-REM sleep and REM sleep,” explains Dr. Adrian Morrison, DVM, Ph.D., a professor of behavior neuroscience at the University of Pennsylvania School of Veterinary Medicine. “To get the full complement of sleep, humans need to have both, but that's not always the case for animals.”

According to Jerome M. Siegel, Ph.D., a professor of psychiatry and biobehavioral sciences at the UCLA Center for Sleep Research, “The major function of sleep is to increase behavioral efficiency.” So for animals like humans, a solid snooze — and this can mean different things for each species — helps them to perform at their best.

In honor of Better Sleep Month, we compiled 10 truly eye-opening facts about what constitutes a good night’s (or day’s!) sleep for some critters in the animal kingdom:

1. On average, cats sleep 13 to 14 hours during the day, and then mostly roam around at night, which is when they typically hunt in the wild. This is even true of big cats like lions — as kings of the jungle, they don’t need to be constantly alert to protect themselves.

2. Dolphins can slumber with just half of their brains "asleep." They can have the brain waves of non-REM sleep functioning in just one hemisphere, while the other half remains awake.

3. Horses and cows can sleep standing up, but they don't experience full REM sleep (Rapid Eye Movement deep slumber is what allows us to dream) unless they lie down. 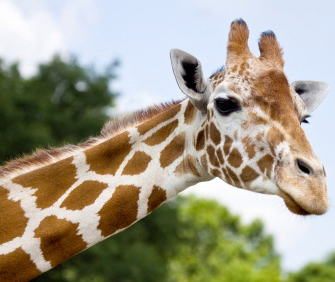 4. Giraffes can go weeks without napping.

5. A desert snail can snooze for three years.

6. While asleep, platypuses make the same movements that they use when killing crustacean prey.

7. To avoid predators, African Papio baboons sleep on their heels, perched atop trees.

8. Bats sleep upside down for several reasons: It makes them less obvious prey, and it allows them to take off at any moment should any threat emerge. Bats must fall into flying because their wings aren’t strong enough for them to alight from a standing position.

9. An albatross can sleep while it flies.

10. Although it’s commonly believed that ants never sleep, a study on fire ants showed that the workers within the colony experienced 253 sleep episodes per day and each lasted about 1.1 minutes.

Our animal sleep facts were provided by the following: Dr. Adrian Morrison, DVM, Ph.D., The UCLA Semel Institute and The National Sleep Foundation.