3 Ways You Might Contribute to Your Dog's Bad Behavior 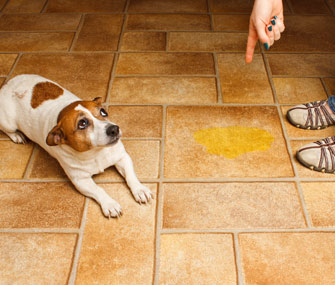 Thinkstock
Rubbing a dog’s nose in an accident teaches the dog nothing.

Before you blame your dog for annoying behaviors such as excessive barking, unruliness on the leash or bolting in the other direction when you call her, first consider that there are reasons your dog behaves the way she does— and some of those reasons have to do with you and the otherhumans in her life.

You're not entirely responsible for how your canine acts. Factors like genetics, early environment and inadvertent learning through experiences outside of your control all contribute to her behavior, but human-related factors greatly impact a dog’s actions.

Whether we realize it, our dogs are learning every moment. Learning to behave occurs mostly outside of structured training sessions. Canines at all ages and stages can learn new behaviors through training, but most behaviors are shaped in regular, everyday moments. Even canines who have not had a single training session have been trained — albeit inadvertently — by people through day-to-day interactions and experiences.Human-directed factors, like a canine’s daily environment and routine, work together to either set up a dog for success or make her more likely to display undesirable behavior.

There are numerous things people do to stress out their dogs, usually without even realizing it. Beyond that, how you interact with your dog and the training you provide either work for you and your canine or against you.

Here are the top three human behaviors that exacerbate a lack of manners and hinder desired change.

Human behavior 1:Focusing on eliminating behavior rather than rewarding what you want

Punishment-based interactions tend to be harmful to your relationship with your dog and ineffectual for breaking unwanted habits. Punishment is rarely done right. It’s usually doled out too late and is too broad for the animal to pinpoint what she did wrong. Dogs can also become accustomed to the punishment — such as a spray from a bottle or jerk on a leash — so it must increase in frequency or intensity over time to have any effect. In addition, it risks the dog making negative associations with the punisher and objects or people they are punished around. With punishment, a behavior may be temporarily stifled, but without the dog learning what to do instead. The behavior will typically come back or be replaced with another, equally irksome behavior.

Rubbing a dog’s nose in an accident she had in the home only makes the dog averse to humans; it teaches the dog nothing. The dog does not associate the punishment with the behavior or she might learn that voiding in general is bad. The dog may become conflicted around people, whom she sees as unpredictable, and start to hide from them when she goes to the bathroom, making the habit of going in the house harder to break. She doesn't learn to do her business outdoors instead. Punishment tends to escalate negative emotions such as fear and frustration, which contribute to unwanted problems. Thus, when the emotional state is turned more negative, the unwanted behavior, while temporarily inhibited, can escalate.