Mushroom poisoning in pets may be underestimated. Mushroom species can be difficult to nearly impossible for even mushroom experts (called mycologists) to identify. That difficulty is compounded by the fact that little is known about the potential toxicity of many species. Mushrooms reported as edible in Europe have been associated with toxicity cases in North America and vice versa. Mushroom toxicity reportedly can vary depending on habitat and/or what other plants or trees are growing nearby. And many mushrooms can contain more than one poisonous substance.

Toxicity also can depend on underlying health conditions in victims or on other substances they may ingest. And in our global economy, toxic mushrooms from other parts of the world that resemble species presumed edible in the United States have been imported to North America, further muddying the scene.

To be safe, it's best to keep your pet away from all wild mushrooms and call your vet immediately if you think your animal has eaten a mushroom. This photo gallery shows a handful of the most recognizable species of toxic mushrooms. 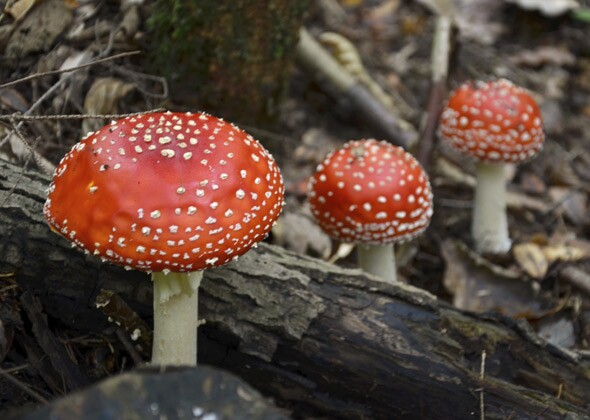 This poisonous mushroom — considered the classic toadstool in many countries — is perhaps one of the more recognizable, with its often bright red cap (which can also appear orange or yellowish depending on sunlight fading or region) and striking white spots and stem. It is common throughout North America and Europe, and is found in all sorts of woodland habitats. It can be deadly in certain circumstances but more typically causes disorientation. Its common name, fly agaric, stems from folklore uses in which the dried mushroom is broken into bits and soaked in water or milk to poison flies. 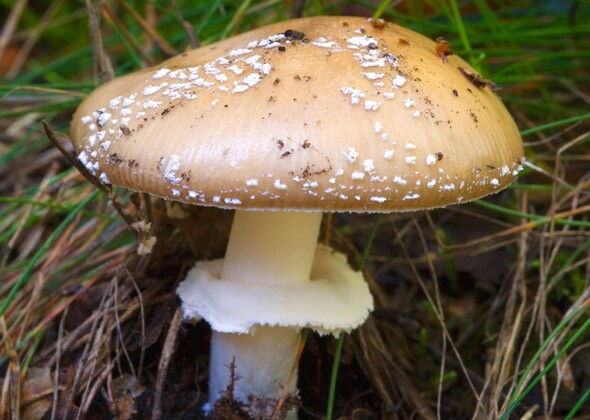 This poisonous mushroom can, at times, resemble its cousin, A. muscaria, or fly agaric. It has a yellowish cap with white spots or warts. Like its cousin, the jeweled death cap is found throughout North America and Europe in a variety of woodland habitats. Its common name comes from its ornamented appearance. This mushroom can be deadly in certain circumstances, is commonly misidentified and should be avoided. 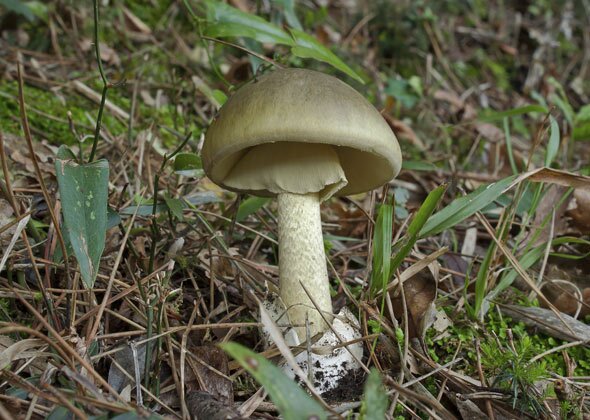 This mushroom’s common name says it all. The delicate, white, nondescript looking mushroom is the cause of most fatal mushroom poisonings in people and pets. The mushroom is more common in Europe but is also found throughout North America, where it has been introduced wherever European flora has been transplanted. Half a fresh mushroom can be fatal to an adult, so it’s likely that even smaller amounts could be deadly to pets. Affected animals will exhibit gastrointestinal signs, seem to recover and then lapse into liver failure. 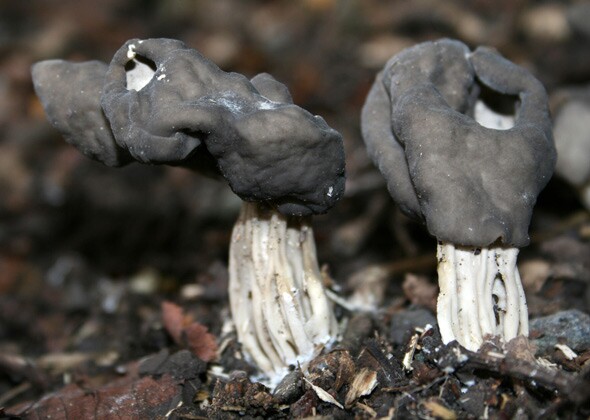 Much is unknown about mushrooms in this family, and reports of toxicity vary. The bottom line, however, is that the species should be avoided. With a gray “saddle” and lighter stem, the fungus is found throughout Europe and most of North America in woodland areas. Its common name is derived from its distinctive and fanciful appearance. 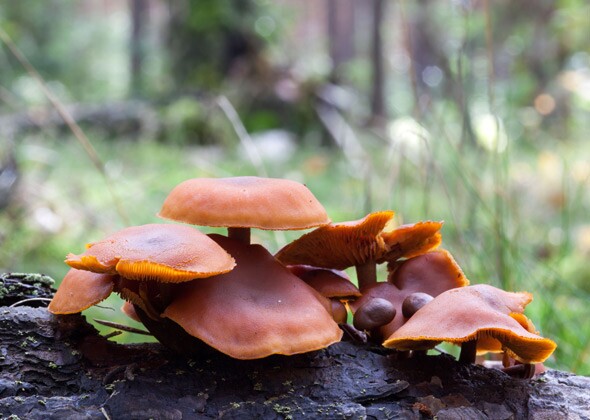 These little brown mushrooms like to grow on decayed wood in forests or even lawns. They will grow in sawdust and commonly pop up in woods and yards after a heavy rain. Despite their nondescript appearance, the mushrooms are as toxic as the dreaded death cap. Since it is nearly impossible to tell the many varieties of little brown mushrooms apart, all should be considered toxic and avoided. After initial gastrointestinal signs, an animal who has eaten these fungi will appear to improve, only to relapse several days later with liver and kidney failure. In pets, such conditions are typically fatal.