We loved our recent U.S.-based guide to the best resorts and attractions for animal lovers across the country so much — I mean, who doesn’t want to check out a ranch packed with giraffes? — that we decided to do a sequel story.

This time, the focus is on cool places abroad to get your critter fix. From pandas to prancing Spanish horses, it’s clear that Americans aren’t the only ones with a soft spot in their hearts for all things animal. 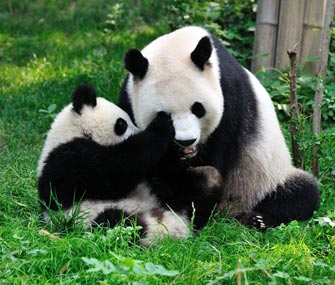 What’s black and white and quite possibly the cuddliest thing you’ve ever seen? That’s right. Pandas. At this breeding facility and conservation center in Chengdu, Sichuan, visitors can watch the roly-poly bears in up close action. Need more convincing? Check out this photo. And this video. Enough said.

It may not be one of Africa’s infamous “big five” game animals, but the cheetah has its own claim to fame: This spotted cat is known for being the fastest land mammal, clocking speeds of up to 70 miles per hour. At the Cheetah Outreach Centre, outside Cape Town in Somerset West, you can spend time in a pen petting adult cats and cubs. But it gets better: The sanctuary also offers visitors a chance to take grown cheetahs for a “walk” along a nearby beach — and experience handler-led cub strolls on the center’s grassy grounds.

Details The facility is open 365 days a year. There’s a nominal entrance fee, but you need to pay extra to pet such beautiful cats as Hemmingway and Enigma (from $7 for kids and $12 for adults). Cheetah walks must be booked in advance, and start at $65; cheetah.co.za. 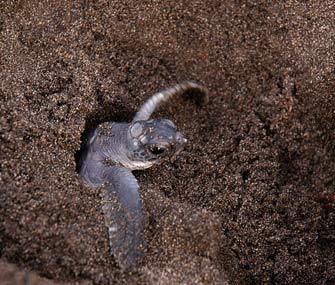 You’ll need to take a boat or a small plane to get to this naturalist-guide-staffed property located along a riverbank in Costa Rica’s over-51,000-acre Tortuguero National Park, but it’s worth the extra travel effort. Between late June and September, you can spot Atlantic green sea turtles laying their eggs along the beach — and witness the hatchlings crack out of their shells starting in late August. And there are plenty of other critter encounters at this jungle retreat, which is also home to howler monkeys, long-nosed bats, toucans and parrots, just to name a few.

Details The 26-room lodge offers several packages, including a three-day Tortuguero Jungle Expedition that includes transfers to and from the San Jose airport and starts at $502 per person; tortugalodge.com.