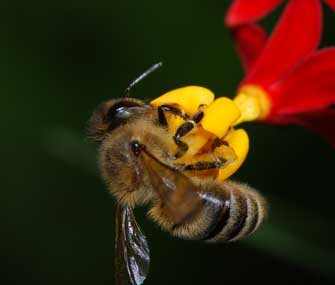 There are a lot of misconceptions about bees, from the belief that they sting at the slightest provocation to the perception that they are all black and yellow. Don’t Step on a Bee Day, celebrated every year on July 10, hopes to set things straight by highlighting what these insects are really like and how they are connected to us. “Few people are aware of the critical role bees play in our everyday life,” says James Belli, president of the Illinois State Beekeepers Association.

Bees are essential for the pollination of many plants that are vital not only to our diet but to a number of other animals’ as well. Bears, birds, mice, squirrels and other creatures are dependent on the nuts and seeds that result from pollination, according to Edward Spevak, curator of invertebrates at the St. Louis Zoo.

“They are maintaining ecosystems and our agriculture. One out of every three bites of food we eat depend on pollinators, and those mainly are bees,” says Spevak. 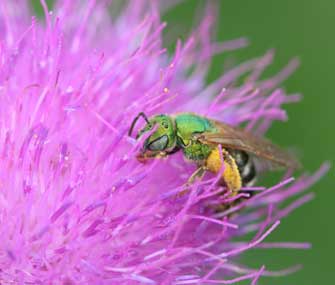 If you’re surprised to learn how important bees are to our lives, there is probably more you don’t know about these fascinating insects. Here are 5 facts that may surprise you.

Honeybees, probably the species the public is most aware of, are not even native to the United States but were brought over by early settlers. Native North American bee species include bumblebees, mason bees and orchard bees.

2. Bees are colorful. When people think of bees, they tend to think of insects that are yellow and black. While these colors appear on some species, bees can actually be found in a wide range of colors. They can be amber, metallic green or deep metallic blue-black, and can have turquoise or emerald eyes.

“The beauty of other [bee] species blows people away,” says Spevak. “They are so diverse.”

“Bees normally can care less about you," Spevak says. "It’s very difficult to actually get stung by most bees.”

Honeybees and bumblebees may become aggressive if you approach their hive or colony because they will attempt to protect it, but unless they are provoked, most bees will leave you alone.