A Newer Way to Spay 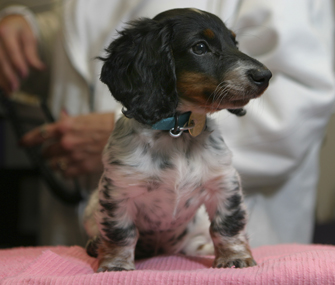 February 28 has officially been deemed World Spay Day. What a great way for us to recognize the monumental, worldwide issue of pet overpopulation and the ways veterinarians contribute to combating this through spay surgery.

Traditionally in the U.S., spays are done through ovariohysterectomy (OVH). “Ovario” refers to ovaries, “hyster” refers to uterus, and “ectomy” means removal of.In other words, OVH surgery involves removal of the uterus and both ovaries. But there is a surgical spay technique called ovariectomy (OVE) that is just now gaining popularity within the United States and may offer the possibility of fewer complications and less postoperative pain. Veterinarians in many parts of Europe already use the OVE technique.

In very basic terms, the objectives of spaying are to render the dog or cat infertile, eliminate the behavioral issues and mess associated with a female in heat, and prevent diseases that may afflict the uterus, ovaries and mammary glands later in life. According to a recent article in the Journal of the American Veterinary Medical Association comparing the two methods, the authors concluded that even though the use of OVH surgery is what has been most commonly taught at American and Canadian veterinary schools, they believe that the European OVE method is as effective and may have some additional benefits.

What should you do when planning to have your dog or cat spayed? While some veterinary colleges in the United States are now teaching their students how to perform OVE surgery, most veterinarians educated in the U.S. and Canada won't necessarily be offering this procedure yet.

And there are times, especially if spaying your older pet (her uterus has been around the block a few times), that visual inspection of the uterus at the time of surgery will show that the uterus appears abnormal. In these cases, it should definitely be removed, and OVH rather than OVE surgery makes better sense. Talk with your veterinarian about this blog post and OVE surgery. If you decide that OVE is best for your pet, your vet may refer you to a veterinary surgical specialist.

Has your pet recently been spayed? Which surgical procedure was performed?

Dr. Nancy Kay graduated from Cornell College of Veterinary Medicine and is the author of Your Dog's Best Health: a Dozen Reasonable Things to Expect From Your Vet and Speaking for Spot: Be the Advocate Your Dog Needs to Live a Happy, Healthy, Longer Life. Dr. Kay is a specialist in small-animal internal medicine at Upstate Veterinary Specialists, with offices in Asheville, N.C., and Greenville, S.C.