Home ›
Our Pet Experts ›
Kristen Seymour ›
Aging Pets: Senior, Geriatric and What It All Means to Experts and Readers

Aging Pets: Senior, Geriatric and What It All Means to Experts and Readers 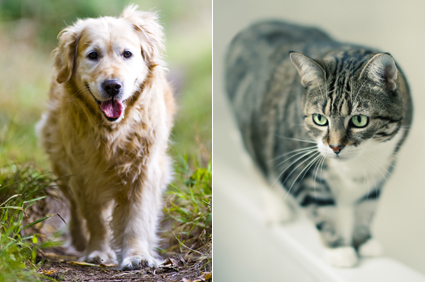 What do the terms "senior" and "geriatric" mean to you when it comes to dogs and cats? Do you think your definition is the same as your vet's?

We wondered at what age pet owners and professionals thought those terms applied to dogs of various sizes and cats, so we polled 213 veterinary professionals (including veterinarians, technicians and office staff) and 1,896 readers to get their feedback. As we suspected, there was some disconnect between the groups' use of those words.

When Does a Dog Qualify as Senior or Geriatric?

People often throw around the term "dog years" as a way to describe time, but when it comes down to it, most of us know that the oft-quoted "one human year equals seven dog years" equation is nothing more than a loose approximation. Most people understand that dogs of varying breeds and sizes age at different rates, so we broke the question down into when small, medium, large and giant breed dogs would be considered senior or geriatric.

Regardless of size, veterinary professionals considered dogs senior earlier than pet owners: 5 to 7 years old was the answer among 79 percent of professionals, while the majority of pet owners (57 percent) believed that 7 to 9 years was more accurate. If we break it down by size, the trend still holds true: Small, medium and large dogs were all considered senior at around 7 by veterinary professionals, with giant breed dogs hitting the senior mark around 5. Most readers considered small dogs senior around 11, medium dogs near 9, and both large and giant breed dogs around 7.

All of that being said, vets were more likely to be in agreement on those terms than pet owners, so it could be concluded that vets have a more concrete understanding of the terms "senior" and "geriatric" than your average pet owner when it comes to dogs.

Answering the same questions in regard to our feline friends was a bit simpler: The highest percentage of veterinary professionals considered cats senior around 9 years old and geriatric around 13. Readers went a little older when it came to senior, with the highest percentage choosing 11 years old, and 51 percent agreeing with vets on the geriatric age as 13.

Is the fact that pet owners understand the terms to have different meanings owed to veterinarians using both "senior" and "geriatric" (whichever is applicable) when talking to them? Not as much as you might think. Though 96 percent of veterinary professionals refer to aging patients as "senior," only about half say they use the word "geriatric" after a pet advances past "senior" age. Of course, it stands to reason that veterinary professionals see more senior pets than geriatric pets, but that's still quite a difference.

How do you feel about the terms? Do you use them? Does it bother you if someone refers to your pet as "senior" or "geriatric"?

Want to stay up to date on the latest pet news and have the opportunity to participate in our next survey? Sign up here.