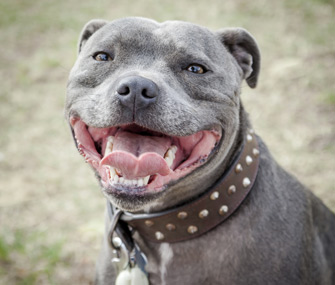 Breed-specific legislation is the controversial practice of limiting or banning certain types of dogs, with the aim of reducing dog bites and fatal dog attacks. But while breed bans permit discrimination, they don't actually keep people or pets safe.

Under some breed-specific legislation, breeds labeled as "dangerous" can be banned in a city or municipality. Pit Bulls and related bully breeds are the most likely targets, but other types of dogs, including German Shepherds, Rottweilers, Doberman Pinschers and Chow Chows, may also be affected. Owners of these breeds face difficult choices: Some may move to other areas in order to keep their dogs, while others resort to rehoming, relinquishing or even euthanizing banned pets. Restrictions may also mandate compliance with specific rules, like keeping the dog muzzled in public or carrying insurance to cover the dog.

I had a chance recently to speak with dog trainer Victoria Stilwell, who appears on Animal Planet's It’s Me or the Dog and is a strong opponent of breed bans. "Breed bans give people a false sense of security when they believe only Pit Bulls are dangerous and other breeds are less so.” She adds, “The media terrifies people into thinking a certain breed will kill them, while other breeds are safe. People believe what they read many times without going deeper into the ‘why’ behind the bite."

As a result of these misperceptions, otherwise friendly, well-trained dogs with no prior aggression are labeled as dangerous simply because of their physical characteristics — and their breeds.


Stilwell and other trainers agree that aggressive dogs are largely the result of human influence rather than inherent breed-specific characteristics. Improper breeding, neglect, lack of training or force-based training and restricted socialization can increase aggressive tendencies.“We are targeting the wrong end of the leash," Stilwell says.