Home ›
Our Pet Experts ›
Dr. Mary Fuller ›
Can Dogs and Cats Have Strokes?

Can Dogs and Cats Have Strokes? 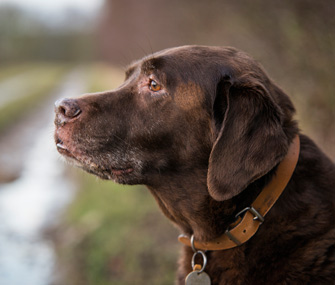 Dogs and cats just don’t have all the risk factors for strokes that humans do: the drinking, the smoking, the penchant for greasy snacks that clog up the arteries. Maybe that’s why it was generally believed that pets didn’t have strokes.

But with the help of magnetic resonance imaging (MRI) and computed tomography (CT), veterinarians have discovered quite the opposite: Dogs and cats can — and do — have strokes.

In a presentation at the Western Veterinary Conference, Dr. Theresa E. Pancotto, a clinical assistant professor at the Virginia-Maryland Regional College of Veterinary Medicine in Blacksburg, Va., shared some new findings about strokes in pets.

A Process Similar to Human Strokes

A stroke is essentially a brain abnormality that results from a disruption in the blood supply to the area. The symptoms can vary, depending on the part of the brain that’s affected and the severity of the incident.

As in people, there are two types of strokes in pets: ischemic (caused by insufficient blood supply) or hemorrhagic (caused by too much blood).

An ischemic stroke happens when a blood clot or other material becomes lodged in a vessel, preventing blood flow. Since the brain cells in that area are deprived of the oxygen and glucose needed to function properly, they eventually die.

A hemorrhagic stroke, which is much less common in pets, happens when a vessel ruptures, usually because of trauma or disease. Brain cells can be damaged when excess blood within the skull compresses the cells, or from too much hemoglobin, a component of red blood cells, which can be toxic to neurons.

Signs May Be More Subtle in Pets Than in People

Pets undergoing strokes usually show sudden signs. The trouble is there’s no single symptom that is the hallmark of a stroke — signs can differ depending on the location and severity of the incident. Symptoms can be as vague as a head tilt and circling to difficulty walking and seizures, according to Dr. Pancotto.

Still other pets may show the sudden onset of signs but recover from them in less than 24 hours. In these cases, the incident may be considered a transient ischemic attack (TIA), which generally does not involve any permanent brain damage.

Diagnosis: Finding the Underlying Cause

To diagnose a stroke, veterinarians usually recommend that pets be sent to a special facility for MRI or CT scans, which can visualize the actual lesions in the brain. Once a lesion has been verified, additional tests may be required, such as bloodwork, X-rays and ultrasounds, to identify any underlying causes.

Treatment usually focuses on managing the underlying cause. Pets with severe signs may need to be hospitalized and provided with supportive care, such as oxygen and fluid therapy.

The prognosis depends on the severity of the incident, but many pets recover, at least partially, with supportive care and physical therapy, says Dr. Pancotto.