City Versus Country Dogs: Who's Healthier? 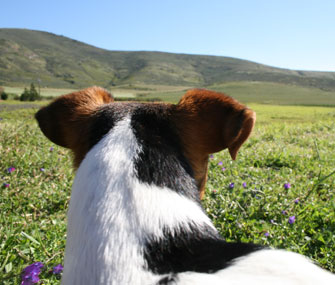 Asking if country-dwelling dogs are healthier than city dogs may seem like a no-brainer.

But you’ll be surprised to learn that rural dogs — even with all that fresh air and plenty of room to run — have their own health issues to contend with compared to city pups.

The Cons of Country Life

“Dogs who live in the country are actually at risk for more trauma-type injuries,” says Dr. Duffy Jones, DVM, founder of the Peachtree Hills Animal Hospital in Atlanta. “Because they’re [more often] not on leashes, they’re hit by more cars, and attacked by wild animals more often than city dogs.”

Country canines also have to deal with more parasites, like ticks, fleas and heartworms (although recent studies have found that heartworm disease is actually higher in some cities, thanks to the muggy heat that tends to attract infected mosquitoes).

Rural-residing pups are also more likely to be exposed to toxic chemicals and poisonings. “On a farm, you’re going to have things like oil and antifreeze lying around,” says Dr. Jones. “And since some dogs are free to roam, they’re more likely to get into that stuff.”

In fact, the one huge benefit cosmopolitan dogs have over their country counterparts is that they’re typically always under the watchful eye of an owner.

“When a city dog has vomiting or diarrhea, they’re usually taken to the vet immediately because the owner notices it right away,” says Dr. Jules Benson, BVSc MRCVS, a veterinarian at the Doylestown Animal Medical Clinic and a member of the Board of Trustees for the Pennsylvania Veterinary Medical Association (PVMA). “A country dog owner might realize that their dog isn’t feeling well, but not know what their specific symptoms are because they don’t see them all day.”

This may explain why urban dogs are 44 percent more likely to see a vet for gastrointestinal issues than rural canines, according to recent Petplan Pet Insurance data.

The other reason: access to care. “In the country, if your vet is 20, 30, 40 miles away, you’re much more likely to wait out a vomiting spell than rush the dog to the vet,” says Dr. Benson.