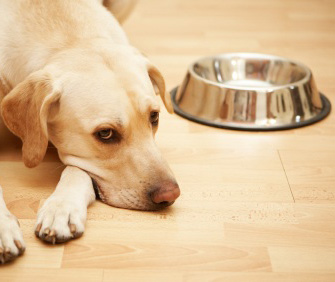 During the holidays I always go on something of a self-doubting spree. I tell myself I'm not organized enough, not working hard enough, not saving enough, not thin enough. You know, the same stuff that bugs us all at this time of year when silent family recriminations and massive time pressures conspire to wreak havoc on our self-esteem.

Now add to this mix the kind of self-flagellation only your parenting skills can engender and you’ve got a recipe for holiday-time self-loathing — bar none.

But it’s not just the two-legged variety that gets us feeling down on ourselves (though my 13-year-old’s recent streak of annoying behavior is undeniably stoking the guilty parent fire these past few days). After all, pets are children, too. Well, not exactly. Nonetheless, their misbehavior and/or chronic health status often reflects badly on us, their caretakers.

That’s how I tend to see it this time of year, anyway. Which is probably why I’m about to launch into a full-on mea culpa on the subject. Yes, I’m occasionally a bad, bad pet owner. Here’s how.

1. I forget to feed someone.

I don’t know how this can possibly occur, seeing as I feed 19 mouths like clockwork nearly every single day of the year, but it does.

Yep, it’s happened on more than one occasion. I know I’ll be home later than is typical or reasonable and yet I can’t bring myself to call someone to let the boys out. (Usually because it’s after 9 p.m.) The cats and backyard roamers are just fine, but the dogs? It’s just not right to keep them crated in the evenings. They’re not used to it.

3. I won’t take them on vacation with me.

The cats don’t wanna go and the backyard critters sure as hell can’t, but I know I should at least take turns taking one dog with me when I go places where dogs are welcome. But I don’t. (OK, so that’s partly because I don’t want to play favorites, but that’s another post altogether.)

4. I skimp on offering the outdoor cats the same advantages as the “indoor” guys.

I know I should build my “outies” an indoor-out enclosure like the one my “innie” kitties have so they can’t get hurt and don’t have to fight the ferals, brave the driveway and outwit the hens at feeding time, but what can I say? The energy eludes me.

I know I need to catch those ferals and free-roaming cats who are steadily making their way back into my yard, but I’ve been lazy. Lazarus was bitten by a big black tom about a month ago and I still haven’t put out the trap.

6. I forget to give the heartworm meds on time.

You know, the worst part about this is that all my pets tolerate the tooth brushing just fine. Well, I haven’t tried it on the chickens.

8. My dogs get loose about twice a week now.

Slumdog has recently learned he can dig a hole under a fence in under a minute flat. Which sucks. It means I need to hire someone to do some creative fencing. And I haven’t done it yet, though it’s been on my list for weeks now.

One of my dogs is pathologically untrainable, housebreaking-wise. This has been confirmed by more than one trainer and is most readily explained by his neurological issue (he’s hydrocephalic, and about 70 percent of these dogs are not housebreak-able). But that doesn’t keep me from feeling like a failure when, as a result, everyone else thinks it’s awesome to be able to relieve themselves indoors, too.

I think that was enough of a confessional for now, don’t you?

Perhaps some of us should be judged on a sliding scale, seeing as we have a thing for poorly socialized rescue animals whose indeterminate origins, behavioral conditions and obvious absence of home training would scare off everyone else, but that’s another story altogether.

I’m sure I’m not alone in feeling so downtrodden about my ability to care for my own. So how about this: In preparation for your list of New Year’s resolutions, why don’t all of you confess just one thing you plan to change about your pet skills. Just one. Come on ... I dare you!