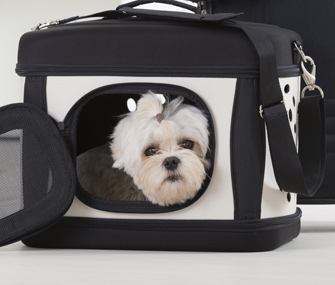 On my way to the beach for a stroll with my dog last week, a somewhat terrifying street sign caught my eye. It showed a stick figure running up a hill, chased by a massive wave. Underneath were the words “Tsunami Evacuation Route.” My chosen path for this walk took me on a strand of shoreline pinned between the ocean and a wall of cliffs, and I spent the entire walk envisioning what I would do if an earthquake happened to hit at that exact moment — and wondering how fast I could run back to my car before the tsunami's waves swallowed me whole.

A few years ago it never would have occurred to me to be scared of a tsunami.Living in San Diego, I spend enough time as it is worrying about wildfires and earthquakes. All that changed with two major tsunami events, one in Indonesia in 2004 and a second in 2011 in Japan. The death toll was in the hundreds of thousands; the images of the ocean’s sheer destructive power as it flooded miles inland, tossing trucks and buildings, were something out of a nightmare.

Earthquakes, of course, can happen anywhere. Tsunamis, at least those large enough to cause extensive damage, are blessedly uncommon. That being said, anyone living in a coastal zone should be aware of the possibility and have a plan ready in case unexpected disaster strikes.

First the Quake, Then the Wave

An earthquake is a scary experience, no matter how many times it happens to you. Having been through a few myself, I can tell you the first thing that goes through my head is always, “Is that a truck driving by?” A few seconds later, as the ground continues to shake and the chandelier starts to swing, my brain shifts to panic mode as it sinks in that the earth is moving beneath my feet. It happens fast.

Although conventional wisdom says to seek shelter in a doorway, the safest place to be in an earthquake is under a sturdy table and away from windows and glass doors. If you can coax your pet under the table with you, even better; fortunately, many pets seem to intuitively seek out sheltered hiding spots.

Once the quake is over, people in coastal regions have the added pressure of trying to figure out if they are about to be inundated with floodwater. While tsunamis can be precipitated by a variety of geologic events, earthquakes are the most common cause. Adding to the stress is the fact that the earthquake event that precedes the tsunami can either be local or can take place offshore, sometimes thousands of miles away.

Fortunately, coastal dwellers can rely on a network of warning systems to stay informed. In the United States, the National Oceanic and Atmospheric Administration (NOAA) manages two tsunami warning centers that are part of an international tsunami warning system. Tsunami warnings are issued through local jurisdictions’ Emergency Alert Systems. You can also sign up for email and text message earthquake notifications and tsunami warnings online through the U.S. Geological Survey (USGS) and impress your friends and family with your readiness.

It's also important to know your risk. In California, the Office of Emergency Services works closely with the USGS to map out likely tsunami inundation zones along the entire coast. On the Office of Emergency Services website, people can search the map for flood zones, evacuation routes and likely road closures. Simply knowing likely danger zones and which road leads to high ground is the No. 1 way to ensure safety. The information is out there; you just need to find it.