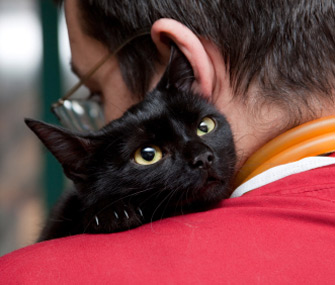 I spent five years of my working life as a veterinarian on South Beach, working the ER shift into the wee hours of the morning for months at a time. The money was good. Some of the people, not so much.

It was 10-plus years ago in the waning days of big cocaine and the height of the ecstasy craze. My clients partied in expensive condos and on massive yachts, and — guess what? — their beloved pets were often in tow. (Yes, even hard-drugging club kids and billionaires’ pill-addled love interests adore animals.)

Hence, why it should come as no shock to hear that my job set me squarely on the front lines of the war on drugs — albeit in perhaps its strangest, least visible battle.

I’ve been living with these memories for more than a decade and recently thought they might benefit from a dose of oxygen. So now that it’s the 51st annual National Poison Prevention Week (March 17-23), I thought it doubly appropriate to raise the issue of illicit drugs and their unintended consequences for unsuspecting animals.

And how better to raise awareness than to list these "seven deadly sins"?

I’m not sure why tiny pocket dogs are overrepresented among my cocaine-exposed patients (given that they’re too small to reach countertops to sniff or lick the fine white powdered form of cocaine), but perhaps it has to do with their size and the fact that even small doses can kill.

Excitement, a rapid heartbeat and even hyperthermia (elevated body temperature) are typical of exposure to this neurologic stimulant. Because it’s such a powerful drug, many dogs and cats will succumb to its effects relatively quickly if they’re not treated.

Marijuana and Other Cannabinoids

Pets especially love to consume baked goods made with marijuana. Even in its dried condition, it attracts pets. Somehow, anything aromatic that smells so strongly is a big draw for pets — even our finickiest cats.

The signs of intoxication are typically very similar to what you might expect in a severely impaired human (pets are very sensitive to its effects). Though a significant percentage of dogs and cats will display signs of agitation, most pets experience depression, lethargy and vomiting.

The bad news is that while urine tests for humans are quite accurate, testing of pets isn’t accomplished so easily. The good news, however, is that pets only very rarely die from exposure. While it’s a very uncomfortable experience, they tend to recover fully.