Home ›
Our Pet Experts ›
Dr. Sarah Wooten ›
Do I Need to Worry About Plague and My Pets?

Do I Need to Worry About Plague and My Pets? 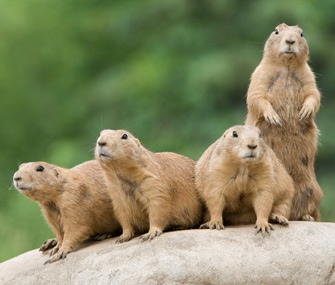 When most people think of plague, they usually conjure up images of rats, fleas and the medieval ages, but what many pet owners don’t realize is that cats, dogs and people in certain regions of the U.S. are still at risk for various kinds of plague today.

Here in Colorado where I live and practice veterinary medicine, plague is a real threat to people and pets. In 2014, a Colorado dog caused the largest outbreak of pneumonic plague — also called the Black Death — in the United States since 1924. Four people, including the dog's owner, ended up contracting the rare and potentially deadly infection. The humans survived, the dog was euthanized.

If I diagnose plague in one of my patients, I must report it to the Department of Public Health and Environment within 24 hours. Practicing veterinarians play an integral role in helping protect humans from diseases like plague that can be acquired from animals. They do this by educating clients on infectious diseases they can acquire from their pets, working on preventing those diseases — and, as with plague, reporting certain diseases to the local public health department.

Bubonic plague, commonly called just ‘plague,’ is caused by a bacterium called Yersinia pestis. Without treatment, it can be fatal to both humans and pets. Plague is found in the western region of the United States and is sometimes present in local wildlife, mainly rabbits and prairie dogs. Plague can, for example, spread through prairie dog colonies or rabbits and often ends in mass die-offs. This results in hungry, infected fleas looking for their next blood meal, which can increase the risk to humans and other animals.

Humans can get plague by getting bitten by a flea that is carrying the bacteria or by handling an infected animal. Bubonic plague is the most common form, where patients show symptoms two to six days after infection. Symptoms include fever, swollen lymph nodes, chills and weakness. Pneumatic plague, which is much more rare, can be spread among people when the bacteria becomes aerosolized through coughing.

As a USDA-accredited veterinarian living and working in a state that is inhabited by plague-infected wildlife, here are key things I believe you should keep in mind.

Where in the U.S. should people be concerned about plague?

Plague is present in rural western United States. Areas with plague include Colorado, New Mexico, Utah, Wyoming, west Texas, Arizona, Idaho, Nevada, California, Oregon and Washington. Plague is common from May through October. Although rare, about seven human plague cases are reported each year to the CDC in the United States.

What animals carry plague in the wild, and how do pets get infected?

Wild rodents, prairie dogs, rabbits, bobcats and coyotes can all carry plague. Pets can be infected when a flea harboring Yersinia pestis bites the dog or cat or when a pet ingests an infected rodent. Humans contract plague from infected fleas, and they can become infected from infected pets via bites, scratches or sneezed droplets from the respiratory system.

What are the signs of plague in cats and dogs?

Although dogs can exhibit mild signs, such as fever and lethargy, cats are highly susceptible to the disease. Bubonic plague in cats can cause swollen sores (think Medieval Ages and boils) around the head and neck. Additional signs may include fever, enlarged lymph nodes, lethargy, vomiting, loss of appetite, dehydration and diarrhea, if the cat survives long enough. Cats can also get pneumonia or the bacteria could spread to other parts of the body through the circulatory system. If you see any of these signs, take your cat to the veterinarian as soon as possible and limit your contact with your cat.

Is plague treatable in pets?

When caught in time, all types of the plague can be treated with antibiotics. However, in cats, the disease can be deadly if treatment is not administered right away.

Will my dog or cat be quarantined if he or she develops plague?

While it is not required to quarantine any pet infected with plague, public health officials frequently recommend hospitalizing pets sick with plague in isolation (no visitors) until the pet has been on antibiotics for at least 48 hours, as the animal is considered very infectious to humans in the early stages.

How can I help prevent my pets from getting plague?

Store pet food and feed in rodent-proof contains and talk with your local pest-control experts on how to eliminate any habitats for wild rodents near your home.

Neutering cats can help limit hunting behavior and roaming, which can also help keep your pet safe. Treat pets that roam outdoors for fleas. Dips, spot-ons or oral products that kill fleas fast are often recommended for this purpose. Flea collars are often not recommended, as they may not be sufficiently reliable for prevention of flea bites. Be sure to ask your vet if you need more than one flea-control product.

In general, just remember that if you live in an area where plague may be found, be sure to consult your veterinarian and your human doctor for the best ways to protect your pet and yourself. And if your pets do bring any fleas home with them, take your dog or cat to the vet immediately and get recommendations for eliminating fleas from your household. (You’ll need to treat the pets and the household probably for at least three months, due to the potential of developing flea eggs, larvae and pupae in the home environment.)