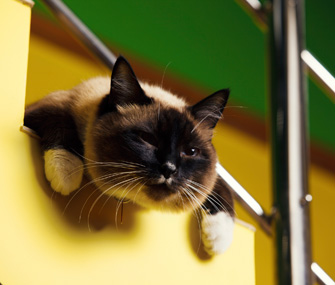 As we pet parents know, there are many factors that contribute to raising a healthy, happy four-legged family member. Where we live, how much time we have to spend with them, and the cost of care all come into play.

But there’s another important consideration that, while very common, doesn’t get the same type of attention. It’s something that impacts millions of Americans, and when it comes to light, we often find ourselves being reactive rather than proactive.

“Agreed. You get the refrigerator and the TV. But I’m taking the dog.”

With roughly 2 million marriages a year in the U.S., and more than 50 percent ending in divorce, it’s clear that “Who gets the family pet?” is a major issue. However, for all too many, it’s an afterthought lumped in with divvying up the household items. But aren’t our pets deserving of something more than just being considered property?

Pets Are Family, Not Property

According to the Humane Society, there are roughly 164 million dogs and cats in U.S. households, with approximately 46 percent of homes having at least one dog, and 39 percent with at least one cat. And with this increase in pet ownership, we’ve also seen a sea change over the past decades in how pets are viewed. For many of us, they are more than property. They’re members of our family. And with that, isn’t it our responsibility to always try and act in their best interest? Should they be relegated to being pawns in a game of “he said/she said”?

I know a bit about this issue myself and not only from having gone through the divorce process where pets were involved. Along with prominent California-based family law attorney David Pisarra, Esq., I coauthored the first book on the topic of divorce and dogs, which is entitled What About Wally: Co-Parenting a Pet With Your Ex.

In my research for the book, it quickly became clear that there are three main trains of thought surrounding pets and breakups. The first belongs to irresponsible pet owners who don’t care much about what happens to their pet. Their attitude is, it’s just an animal, right? The second is that of couples who use their pet as leverage in much the same way battling parents will do with children. The third belongs to those who understand that, while their relationship didn’t work out, it’s through no fault of their pet. These are the people who will work out a solution that serves both their own best interests as well as those of their pets.

Our goal in writing this book was to move the first two trains of thought toward the third.

In a series of upcoming articles for Vetstreet, I’ll be outlining some of the important factors to consider when divorce or a breakup is imminent to help those of you going through this difficult process be the best pet parent you can be. And for those of you who aren’t dealing with a breakup, I’m hopeful some of the tips I’ll be providing will help you better understand how working together with your partner can result in a happier, healthier pet. We’ll look at issues such as:

We don’t enter into relationships thinking about how they won’t work. But ignoring the fact that not everything turns out exactly how we planned it is to find ourselves unprepared when circumstances change. Yet with a few simple steps we can create a situation that, while possibly not ideal, will still provide the kind of love and care we all want for our pets.
Stay tuned for more!

Steven May, CVJ, has provided his expert pet advice to both the veterinary industry and general public for 38 years. The former editor of Vetz Magazine, May also heads The Daily Growl, the most-visited pet lifestyle page on Facebook, which currently enjoys more than 605,000 followers.