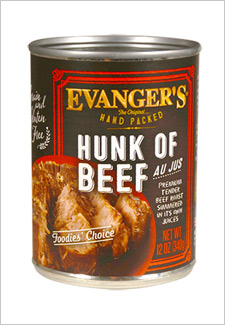 One dog has died and at least five others have become ill after eating Evanger’s Hunk of Beef canned dog food. The company is recalling several lots of the food because one batch tested positive for the barbituratePentobarbital.

Evanger’s, which has been in business for 82 years and never had to recall its products, said the affected meat came from one supplier, and they’ve now terminated that relationship. Many dogs may have eaten the food and not had issues.

If your dog has consumed one of the affected lots and shows symptoms including drowsiness, dizziness, excitement, loss of balance or nausea, you should get them to the veterinarian immediately. — Get recall details from People Pets