Groups Jump in to Help Pets in Hurricane Sandy’s Aftermath 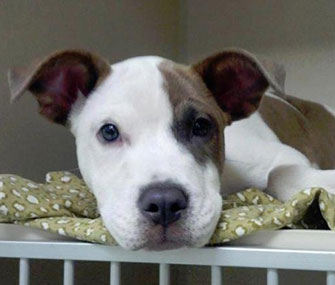 Facebook
This 4-month-old puppy was found in New York, and shared on the Hurricane Sandy Lost and Found Pets Facebook page.

When Hurricane Sandy ravaged the Northeast this week, it left behind severe flooding, millions of people without electricity — and lots of displaced pets. The good news is that the lessons learned in the wake of 2005’s Hurricane Katrina — which left about 250,000 pets stranded — seem to have helped so far, based on the number of pet-friendly shelters in the affected areas. All of the shelters in New York City, for example, accepted pets, reported USA Today.

But it’s unclear just how many pets have been impacted by the superstorm. There are hundreds — if not thousands — of animals in need across the region. The American Society for the Prevention of Cruelty to Animals reports that shelters in hard-hit New York and Long Island are temporary homes to nearly 400 animals.

Vetstreet, with a little help from the folks at World Vets, has compiled the information below both for those who need help, and for those who want to jump in and lend a hand to pets in need.

Lost and Found (all affected areas): A Facebook group called "Hurricane Sandy Lost and Found Pets" is trying to facilitate reunions of pets and their owners by giving people a place to share photos and information. It already has more than 7,200 likes. Many of the pets disappeared when doors or gates blew open in the high winds, or when they slipped out of their collars.

Left-Behind Pets (NY): For New York City evacuees who need to report pets who were left at home during the storm, call the city’s hotline at 347-573-1561.

Pet-Friendly Shelters (all affected areas): You can find listings of pet-friendly shelters from Global Animal and the Examiner.

How You Can Help

Volunteer at a Shelter (all affected areas): Inundated with displaced animals and with facilities that suffered the effects of the storm too, many shelters could use a few extra hands. Petfinder has rounded up shelters in need of assistance, or you can search for one near you that you can call to ask if they need help by using the ASPCA’s find a shelter tool.

Join a Team (all affected areas): The ASPCA is looking for more members for its First Responders team. If you’re interested in joining, email Gina.Manke@aspca.org.

Stay Up to Date on Twitter (all affected areas): The Twitter hashtag #sandypets is curating tweets from shelters and rescue organizations about how volunteers can help.

Spread the Word (PA): The Red Paw Relief Team, which works in conjunction with the Red Cross, is on the scene in Philadelphia and sharing information about the displaced pets they’re helping on their Facebook page.

Donate (MD): Some groups have expressed a dire need, such as the Baltimore Humane Society, where power had been out for days, leaving animals cold and in the dark. In addition, their pet food and cat litter delivery has been canceled for the week. The group has several needs, including donations of food, time and money. You can donate here and find out more information on their web site.

Donate (NJ): The Liberty Humane Society in Jersey City, N.J., is in a similar situation, without power or deliveries. They will be collecting food and cat litter donations on Thursday.

Donate (all affected areas): PetSmart Charities, which is funded by donations, plans to distribute supplies to animal welfare organizations across the northeastern U.S. through a temporary distribution center, and expects to provide relief to 3,000 to 6,000 pets in need.You cansupport the program by making a donation online or calling1-800-423-PETS.

Donate (all affected areas): Petco is running its annual National Pet Food Drive now through Nov. 11. Its program allows individual stores to choose where the food is most needed.

Donate (all affected areas): The American Humane Society’s 82-foot Red Star Rescue Rig, a mobile command center, was sent to New Jersey from its base in Pennsylvania to help animals in need. You can donate to their efforts through their web site.

If you know of more groups that need help, please share it in the comments below.