Guilty Dogs: What Does Your Canine Really Feel?

I’m sure you're familiar with the Internet phenomenon of dog shaming: Photographing your guilty-looking dog and the mess he made with a hand-lettered placard announcing what the crime is (“I unrolled all the toilet paper in three bathrooms” or “I attacked the throw pillows on the sofa while you were at work” or “I peed in Nana’s suitcase”). While dog shaming can be very funny, it raises an important question: Do dogs feel guilt?

The idea that dogs feel guilty about their behavior is fueled by owners’ observations that their dogs seem to act guilty when they’re caught doing bad things. In fact, 74 percent of pet owners believe their dogs experience guilt.

But it’s not that simple: Assuming that your dog feels guilty because he looks guilty ignores important factors behind the cause and meaning of the dog’s reaction — none of which have anything to do with guilt.

That Guilty Look and What It Means

The “guilty dog” look is seen in various contexts, many of which have nothing to do with bad behavior.A shelter dog afraid of a looming stranger approaching his cage may look guilty, as may a timid dog seeking to avoid an overly zealous canine at the dog park — though neither of these dogs has done anything to feel guilty about.

In actuality, your dog’s guilty look has more to do with appeasement, avoidance and fear-based body language than with feelings of guilt. As a trainer, I pay careful attention to the “guilty” look when I am assessing a dog’s emotional state, particularly if he seems to be stressed and anxious.

So Why Do Dogs Act Guilty? 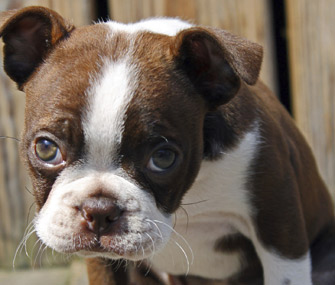 I worked with a pet owner who told me his dog acted guilty whenever she chewed up paper items. The owner could consistently predict if a chewing incident had occurred — even before the paper trail was found—just by looking at his dog. The dog’s behavior prompted the owner to believe the dog knew she had donesomething wrong and felt bad for doing it.

One day, though, the owner left a pile of paper towels on the carpet while he was out of the room. When he returned, he saw a guilty-looking dog acting exactly as she did when she had chewed something up. The owner had a revelation: The dog had not been showing guilt for past paper shredding incidents — instead, she had learned that whenever there was paper on the floor, her owner would be upset when he entered the room. In other words, she was reacting to the human’s behavior, not exhibiting any internal sense of wrongdoing.

Your dog can learn that in certain situations you become upset with him. But he may not connect his behavior with your reaction — especially if the incident you are reacting to happened long before you discovered it (a roll of toilet paper shredded hours before you came home from work, for example). Instead, the situation — shredded paper on the floor — indicates a high likelihood of being scolded. But though your dog may associate the mess he’s made with getting yelled at, this does not mean that he will learn not to chew up the toilet paper because of your reaction, or even realize that chewing things that are not his toys is wrong.

Even though guilty body language is not necessarily indicative of guilt, the big question still remains: Can dogs feel guilty?Though we cannot say for sure, we do know that the satisfaction of getting a dog to feel bad enough to give the guilty look for making a poor choice does little to help the dog or teach him to behave better in the future.