Home ›
Our Pet Experts ›
Dr. Patty Khuly ›
How Much Is a Pet's Life Worth? One Vet's Opinion

How Much Is a Pet's Life Worth? One Vet's Opinion 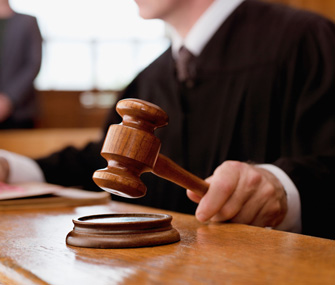 Every Sunday morning I run a 10K. And now that my Belgian Malinois pup, Violet, is 12 months old, her bone structure is sufficiently developed that this kind of long-ish run is both safe and salubrious for both of us. Well, usually, anyhow. Here’s what happened:

Miami drivers are notoriously in the habit of killing pedestrians. (South Florida ranks second in the nation in pedestrian deaths from vehicular “accidents.”) Which is why Violet and I run against traffic. At least we can see them coming, you know?

So there we were, running on a sidewalk next to a busy, two-lane, tree-lined street when a driver turning onto the busy road not only failed to stop at the sign, but also cut into the sidewalk to expedite her turn into traffic. We were inches from her bumper. Absorbed as she was on her cell phone, she never even looked in our direction.

Now, Violet is an agile pup, and I’m a woman in her 40s. You do the math and tell me whose reflexes kicked in first. To avoid the car (on her immediate left), Violet ran into me (running on her right), sending both of us tumbling onto the rocky swale and rolling over each other. The car never stopped.

Other drivers saw the whole thing and pulled over to ask if we needed help. But apart from getting bruised up from the rocks, twisting an ankle, wrenching my wrist (swollen only for a couple of days), and cracking the screen on my iPhone ($129, thank you very much!), we were fine.

Yep, we were lucky. Violet might’ve even saved me from a direct hit, sluggish reflexes and all that. But who knows what might’ve happened had the vehicle hit us. Violet would’ve almost certainly taken the brunt of it.

What's a Pet Worth?

All of which got me to thinking (yet again!) about my legal rights in the event Violet had been injured in the accident. Assuming the driver had stopped, her insurance would’ve been liable formyinjuries.But Violet’s?

Now there’s the rub. Ironically, the driver would’ve had to pay for my iPhone and our hospital bills (Violet’s, too), but had Violet been killed, I would’ve had limited legal restitution.

Which brings me straight to the point of this post: How much are our pets reallyworth? More specifically, how much are they worth within the context of our culture and our current legal system?

After all, as many animal welfare advocates argue, pets shouldn’t be treated like iPhones. Given our emotional investment in their well-being, they’re neither disposable nor replaceable. That is to say, they’re increasingly regarded as having what our laws call “intrinsic value.”