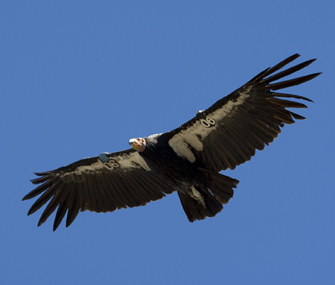 Photo courtesy of the San Diego Zoo
Species like the California condor have greatly benefited from zoos' breeding programs.

Zoos and aquariums are great places to get up close to wildlife from around the world, particularly species that you never would have seen otherwise. But these institutions do much more than give us a chance to ogle the animals. They are also playing a vital role in the conservation of our endangered and threatened species.

“Zoos’ roles in conservation extend well beyond our grounds,” says Dr. Lisa Faust, vice president of conservation and science at Chicago’s Lincoln Park Zoo. “Accredited zoos and aquariumsin AZA [Association of Zoos and Aquariums]contributed some $160 million to conservation efforts in 130 countries, and thousands of zoo scientists are studying innumerable subjects that contribute to the greater understanding of wildlife.”

There are currently 221 accredited organizations in the Association of Zoos and Aquariums. All of these are dedicated to being leaders in conservation.

Collaborating With Others and Maintaining Populations

Many AZA-accredited organizations work with national and international institutions on research projects. According to Dr. Faust, “Some of these take place under the auspices of Species Survival Programs (SSPs), which help manage the populations in zoos but also often include conservation components."

For example, the Lincoln Park Zoo participates in the Eastern Massasauga Rattlesnake SSP, working with between 15 to 20 other zoos to monitor threatened snakes and gather data that will help manage the species in the future.

At the Mystic Aquarium in Connecticut, staff members collaborate with the South African Foundation for the Conservation of Coastal Birds to share their expertise working with and breeding endangered African penguins. The aquarium has a colony of 28 penguins and is part of a collaborative breeding program through the AZA.

“Zoos need to work together and make sure breeding is cooperative to maintain the genetic integrity of the gene pool,” says Dr. Allison Alberts, chief conservation and research officer at San Diego Zoo Global. “Species survival programs are essential to being able to do one of the things zoos do best: maintain populations of animals that shrink in the wild.”

Two successful examples of this collaboration in San Diego include their California condor and giant panda programs. There were only 22 California condors by the late 1980s, but thanks to zoos taking in the birds and successfully breeding them, there are now over 400.