I Broke Up With My Boyfriend Because He Hated My Pet

The love we have for our pets is a powerful and passionate force, but what happens when a significant other doesn't get along with a treasured animal companion? When human and animal relationships clash, some pet owners find themselves facing a choice: Do they stick with their significant others or their pets?

When we asked Vetstreet readers on Facebook if they'd ever had to choose, a number of people admitted that this situation had happened to them.

Rebekah Tapie wrote, "Does divorcing your husband for your horse count? Ha! Much better choice!"

Tamara Pritchett wrote that because of her cats, she had some significant others leave her early on, but to them she says “good riddance!”

“I broke up with a boyfriend who let my indoor Siamese cat out and [the cat] got hit by a car, so I dumped him,” wrote Shannon Bridges. 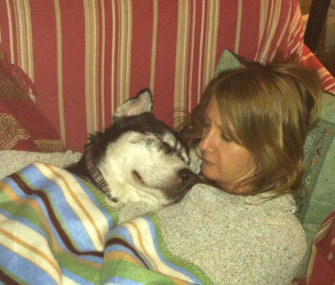 Courtesy of Jami Heying
Jami Heying cuddles with Cyrano, the puppy she got after her breakup.

Jami Heying is one Vetstreet reader who had a tough time deciding to break up with her boyfriend because he didn’t like her pets. Little did she know, though, that the decision would lead to a promising career opportunity and a happy new chapter in life for her and her animals.

Six Dogs and a Man

Heying has a passion for rescuing dogs and was married when her dog family's population peaked. Living in a large house with more than 2 acres of land, she and her husband had plenty of room for the six dogs in their care, a few of whom were geriatric. When the couple divorced, Heying kept the house and the pets. She eventually began dating again, and at first she chose not to mention that she had six dogs, for fear that it would scare guys off. Her love of dogs didn’t affect her relationships, though, until she started dating a man about a year and a half after her divorce was finalized.

“My ex-boyfriend had a real problem with the dogs and rarely spent time at my house, even though the dogs loved him—andeveryone else, for that matter,” Heying says.

Though Heying’s boyfriend didn’t have a problem with the dogs individually, he did have an issue with their number.

“Since I'd already owned them before I met him, I think he knew he couldn't give me an ultimatum to get rid of them... so it seemed like his strategy was to wait it out until they died and then prevent me from rescuing any more,” she says.

A few years into the relationship, she realized just what a big deal this was to her boyfriend. 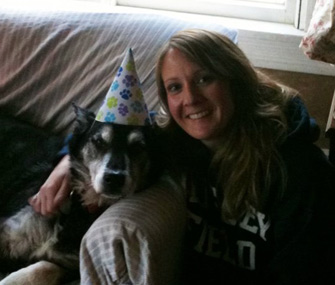 Courtesy of Jami Heying
Jami Heying poses with Ranger at a party she threw for his 12th birthday.

“I remember telling him how I wasn't planning on having six dogs forever, but I couldn't promise him that one day I'd leave a stray dog in a ditch rather than save it, just to make him happy,” Heying says.

Breaking Up Is Hard to Do

Realizing your boyfriend has a problem with your pets doesn’t mean the relationship has to end. Sometimes, however, it causes you to recognize that it’s not going to work.

“I had an epiphany one day while we were in Home Depot and realized that there was no way he could truly love me without accepting this huge part of who I am: a dog lover,” Heying says.