I Escaped an Abusive Relationship — Thanks to My Dogs 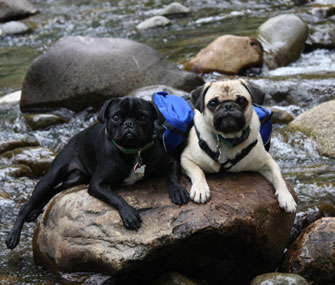 We love our pets — often, they are like family to us. But when a family dynamic is damaged by abuse or neglect, pets can suffer just like their humans.

In domestic abuse, an abuser often exploits a victim’s devotion to a pet to control and manipulate that victim. Too often, abuse victims feel trapped and unable to seek help because they fear for the safety of their pets if they leave. According to the Urban Resource Institute (URI), a provider of domestic violence programs and services in New York City, up to 65 percent of domestic violence victims and 48 percent of battered women delay leaving a dangerous situation out of concern for their pets. (In May of 2013, URI launched a specific program, Urban Resource Institute People and Animals Living Safely, or URIPALS, that houses victims of abuse and their pets.)

I am sympathetic to abuse victims who stay: A few years back, I found myself trapped in an emotionally abusive relationship and delayed leaving for the sake of my dogs. At the time, I felt alone and ashamed; I was unable to reach out for help because I believed that no one would understand my situation. Today, though, I know that my story is one shared by many victims of emotional and physical abuse.

The Cycle of Abuse

Growing up, I was a people pleaser, wanting others to like and approve of me. As a teenager, I sought validation from outsiders and learned to put my own needs last. In my early 20s I became involved with a man who preyed on my desire to please. His constant manipulation, unpredictable anger, injurious words, degrading conduct and unfaithful actions left me in a perpetual state of confusion and anxiety. I started to believe him when he blamed me for the problems in our relationship.

And yet I stayed with him, despite knowing that it was dangerous for me to do so. I stayed because my critically low self-esteem made it hard to believe that I deserved unconditional love and care. But what really prevented me from leaving the relationship was the terrifying prospect of what would happen to my two Pugs, Bruce and Willy, if I tried to stand up to my abuser or leave him outright. He made it clear that if we split up, he would keep one of the Pugs, even though it was also clear that he had no sincere interest in the dogs. He used them, and his knowledge of my love for them, to control me.

In fact, my Pugs were the stable ground I clung to during the storm of emotional abuse and neglect I faced. Their unceasing affection and unparalleled loyalty was a safe harbor for me. Whenever I felt weighed down with discouragement and despair, their wet kisses, wiggly snuggles and donut-shaped tail wags inspired me to keep coming up for air.

In the end, it was the dogs that saved me from the abuse. I had resigned myself to the fact that this was life as I would know it and had come to believe that I did not deserve any better. But as soon as I saw my dogs in danger, I knew I had to leave.